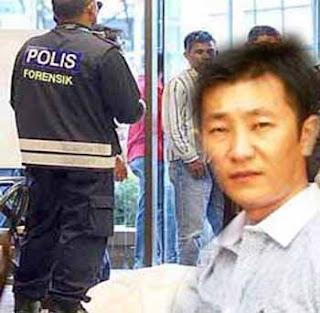 KOTA KINABALU become more and more insecure now a day, this is the voice of many people, especially frequent case such as motorist snatcher, robbery in many places in the town areas. The people not only lose their money, even more terrible they suffered from injuries, which leads to the public panic and fear when walking on street.

DAP Sabah Petagas Branch chairman Allen Chieng said he received many complaints about the cases of motorcycle gang snatch and the incidence of robbery in broad daylight. The people are unhappy about the government's security measures for the society is not good enough.

Today the rakyat are very worried when they walking on the street, because they don’t not if they will be the next ‘unlucky’ target. Allen said few days ago his friend was in Kota Kinabalu one of the shopping malls car park to get his car, unfortunately his friend were being grab, robbed and injured on his head.

His watches and wallets were taken and his head being give four stitches. Allen said he friends who were robbed is a man, if it is lady, the consequences will be even more disastrous.

Allen urged the police department must take serious concerns about the erosion of the events in the past few months. The robbery, motorist snatch and other case in Kota Kinabalu City has getting more serious, the authority have to deploy more staff to patrol the streets, especially in areas where cases frequent happens, such as in shopping mall parking, commercial parking field and the road side outside residential area.

Government must come up with countermeasures to prevent crimes from happening. Allen ask the people must be alert all the time, when going out for shopping is better to accompany with some friends in order to avoid unnecessary incidents.

If you at the shopping mall car park, please give attention to the surrounding environment and if you found suspicious people around, ask the mall security personnel for assistance or accompanied. For those who going to the stores nearby their housing area, make sure you do not go there alone.