POLICE HAD BEEN HIDING THE FATE? 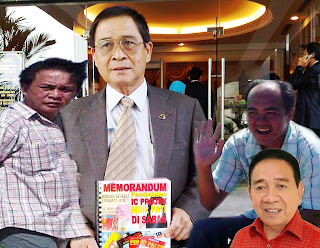 WITH the release of the two hostages, Tsen Vui Chung and Lai Wing Chau, who were kidnapped on Februari 8, 2010 in Semporna at 6:15am today has finally close another dark chapter in Sabah and I personally would like to thank Tawi-Tawi Governor, Hadji Sadikul Adalla Sahali in helping to secure the release of the two Sabahans.

Along this lines, I therefore call upon the government to beef up security especially in the east coast so that this same incidents will not happen again.

The livelihood of the people living along the coastline in the east coast are being threatened each day due to the known activities of hijacking by terrorist groups that operate in the southern Philippines who encroached into Malaysia territory to carry out their inhuman and ghastly activities.

The government must make it their topmost priority to provide maximum security so that people in east coast will be able to carry out their daily activities in peace and harmony.

I would like to add that the police had been hiding the fate of the hostage from the public all this while. When I asked in parliament about the hostages the answer that I got is that they are still in Malaysia territory. Any way I am sure that the government had been doing their best to secure the release of the hostages.