AN EYE FOR AN EYE 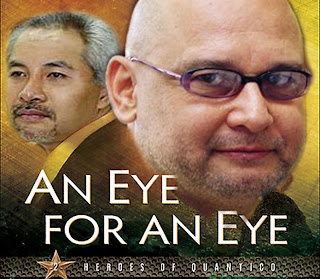 I would like to begin with the following three quotes:

“The old law about ‘an eye for an eye’ leaves everybody blind.”-Martin Luther King

“Hating people is like burning down your own house to get rid of a rat.”-Harry Emerson

“People who fight fire with fire usually end up with ashes.”-Abiqail Van Buren

Since the days of the 'Reformasi' followed by 'Hindraf', no thanks to the Federal Government for supplying the fuel by way of not listening attentively and taking necessary action to solve the woes of the people and the political tsunami that followed in March 2008, the endless bombardment of negative news that dominates our headlines until this very day plus the brand of politics that is practised in Malaysia, one can only conclude that the country has been set on fire.

One does not need 'WikiLeaks' to tell us that, 'Malaysia is a confused and dangerous state due to its incompetent politicians from both sides of the divide.'

After reading the following themes that dominated our news headlines for the last three years, what kind of perception would you have developed on Malaysia?

*The use of the word 'Allah'

*Sosilawati Murder And Many More

*By-Elections and one more coming up.

One critical area the Federal Government may want to consider is, declaring a truce and the possibility of using a consultative approach in dealing with Pakatan Rakyat and other opposition parties.

Engaging in continuous dialogue and giving necessary concessions when required. I believe Malaysia will be the first to use such an approach in ASEAN. A new and progressive approach in Malaysian politics.

Malaysia could create a new political landscape which is very similar to America,England and Australia where the ruling and opposition parties are attempting to find common grounds for collaboration and co-operation.

The use of 'Ali Baba And The 40 Thieves' style of administration is outdated and destructive. This approach will eventually burn the country down.