HIGH VOLTAGE SWITCH BOX DUE TO BE VANDALISM 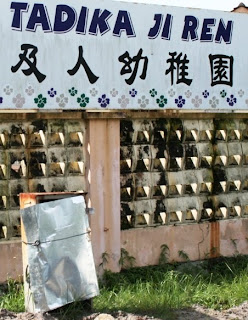 SESB endeavors to continuously improve the delivery of electricity in the State of Sabah and as part of this strategy, we welcome feedback or reports from the public on our assets which have been placed strategically for the convenience of all.

Referring to a statement in Daily Express, 22nd December 2010, page 4 which was made by Sabah DAP Vice Chairman, Edward Ewol Mujie, echoing Kota Kinabalu’s MP Dr. Hiew King Cheu sentiment towards complaints from concerned public members regarding an exposed high-voltage switch box near SM All Saints Likas, SESB is indeed concerned with this, explaining that this is most probably caused by irresponsible vandals.

Vandalism is part of the everyday challenge faced by SESB and many local authorities in Sabah, falling under the same category as crime along with electricity and cable theft. The irresponsible acts not only cost financial loss, but also endanger the lives of other innocent bystanders.

In clearing the air of confusion, the mentioned Switch Box is meant for street lighting and maintained by KK City Hall. As a temporary safety measure, DBKK will cover the exposed switch box, while waiting for the new panel to be installed. With regards to street poles that are knocked off or bent, replacement will be done accordingly.

Both SESB and DBKK have for many years been tackling this issue seriously, leading to an operational understanding between DBKK and SESB to keep each other abreast regarding such vandal acts to minimize future implications. SESB has doubled up its ‘line patrol’ activities in tackling issues such as cable theft, vandalism and electricity theft which costs the company almost half a million ringgit in loss which jeopardizes the delivery system of electricity to paying customers.

The intensification of operations at identified hotspots is part of SESB’s strategy in achieving SAIDI 700 reading by the end of the year. SAIDI or System Average Interruption Duration Index is an effort by the government to improve the status of electricity supply to users in the State of Sabah. Readings as of 19th December 2010 was 677.73, indicating a huge drop compared to 2867 taken on 31st December 2009.

SESB and DBKK wishes to thank Kota Kinabalu’s MP Dr. Hiew King Cheu, Sabah DAP Vice Chairman Edward Ewol Mujie and concerned members of public for bringing this matter to our attention. To report on such cases involving SESB’s or DBKK’s facility, the public is welcomed to call SESB at 15454, while DBKK Hotline can be contacted at 088-210011.