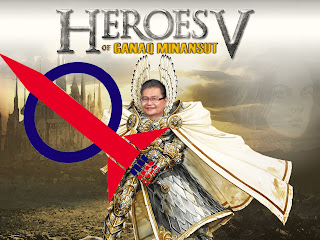 SABAH DAP Parliamentary Liaison Chief for Keningau and Tenom, Dr Benjamin Yapp who is also Sabah DAP Rural Development Bureau chairman for the interior stated that there was a great potential for youth development in the field of Arts and Culture, aimed primarily to offer the youths in the interior to participate in creative, artistic talents in the art of traditional native cultural activities.

He said that this way, we could create a good, useful and talented young generation of healthy, disciplined and happy society so that we could eliminate social ills among the rural youths.

Dr Benjamin Yapp is also an honorary Advisor of Persatuan Masyuarakat Gana' Sabah with a current membership of over 16,000 members, mainly of the Gana' and Dusun-Gana tribes in the interior of Sabah.

Dr Benjamin, a Sino-Tambanua native whose Grand-mother once lived at Pangkalan Pitas, Pitas District, Sabah (then, North Borneo) had a vision to develop one of the richest cultures and heritages of the Gana' aborigines of Sabah.

He had carried out an extensive research in his doctorate dissertation into the ancient cultures of this long-forgotten indigenous native of Borneo that was inadverdently left out in the history of Sabah.

According to Prof Dr Benjamin Yapp's research, the Gana' or, Ganna aboriginal tribes, originated more than 2,000 years ago in the island of Borneo, the smallest indigenous race in Borneo, were only known to a few historians in the early Nineteenth century albeit in 1881 censorship, the Gana' population was only 1,487, found mainly in the interior of North Borneo (now, known as Sabah).

The legend of the ancient native warriors and headhunting in the dark ages in the deep jungles of tropical Borneo was well-known fact among the Gana' aboriginal tribes.

According to historical and archaelogical reports, Gana' aboriginal tribes had existed long before other native races and immigrants from other countries and places in South East Asia.

There were 2,000 Gana' or Ganaq Minansut natives according to a survey held in 1985 (vide intertnet article SIL 1985). Today, however, the original ‘pure’ Gana' natives are left with merely 200 near-extinct indigenous race in Sabah albeit a few thousand of Gana' and Tambanua races still exist through mixed and inter-marriages.

Mr Witti in his Dairy dated March 26, 1882 stated that the male Gana' natives were favoured and recruited by the British North Borneo Chartered Company in the Police Constabulary, and as servants for their loyalty, bravery and trustworthiness.

Traditional tribal culture of the Gana' natives had been handed down from one generation to another. Over time, the Gana' culture had gradually disappeared as the Government had over-looked one of the most potential world's heritages that was only found in the interior of Sabah.

Dr Benjamin Yapp, who is currently the Founder, Advisor and Rural Development Sub-committee Chairman of Koperasi Pengguna Sabah Berhad is prepared to promote the rich Cultural heritage of the Gana' tribes with the future ‘twinning programs’ between Persatuan Masyarakat Gana' Sabah and Koperasi Pengguna Sabah Berhad to venture into an innovative, creative Art and Cultural tourism program that would some day be recognized by UNESCO just like the ‘Mak Yong’ traditional culture that was recognized by UNESCO said Dr Benjamin in his statement made today.

He had a successful negotiation with the President of Persatuan Masyarakat Gana' and secured the permission to enter into a future co-operative arrangement with Koperasi Pengguna Sabah Berhad in order to promote Gana' rich cultural heritage as a New Tourism product for Sabah.

He envisioned that this would generate Millions of Ringgit for both the Gana' Association and the Consumers' Co-operative society Sabah in the tourism industry. He was affirmative that it would also create many job and business opportunities for the people of the interior.

This way, we would be able to contribute towards the eradication of poverty and the encouragement of our youths to be creative, healthy and useful future citizens of our State, and nation as a whole.

Applications are open to youths who wish to join Koperasi Pengguna Sabah Berhad in January 2011.

We expect to recruit the rural people in the interior, particularly in Keningau and Tenom for the first batch of pioneer members.

Sabah DAP interior and Rural Development Bureau of Sabah DAP hoped that many youths would come forward to register with Koperasi Pengguna Sabah Berhad as we welcome everyone regardless of whatever his/her affiliation is because this is non-political in nature and we have no discrimination against any party or, individuals wishing to participate in our socio-economic development programs for the interest and benefits of our rural communities.

Sabah DAP urged the Government to play a pro-active role in providing assistance and incentives to the rural populations towards developing a useful, self-reliant and healthy society.

Sabah DAP Rural Development Bureau is willing to complement with the Government in this respect as Sabah DAP practises true democracy, transparency, integrity, good governance, efficiency and effectiveness as well as responsibility and result as opposed to discrimination by any ruling parties against any constituencies that are in favour of the opposition parties said Sabah DAP. This happened in many rural areas where rural infrastructures and public amenities were grossly neglected by the Government of the day.