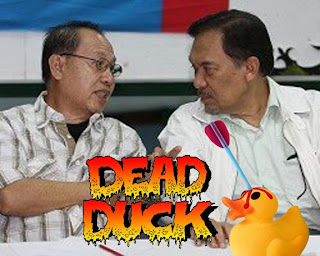 DATUK Dr. Jeffrey Kitingan, Chairman of The Borneo Heritage Foundation’s United Borneo Front (UBF) has put all Sabah Members of Parliament to task by requesting that they present the people with a detailed plan of action for addressing the PTI issue in parliament.

Addressing the questions raised by guests at a UBF Borneo Tea Party at Kampung Patikang, Keningau, held on Saturday, Jeffrey said that this is the sole issue which is now grating on the nerves of the voters and causing xenophobia against immigrants.

“The results of the 2008 parliamentary and state elections in Sabah mean that our Barisan Nasional is very confident of winning the next round. Of 25 parliamentary seats, the BN won 24 and of 60 State seats, they won 59.

“The BN may easily win the next elections in Sabah but the point is, every MP in Sabah must now be accountable to their voters and show us what they have individually done to either raise or address the issue of the PTI problem in parliament.

“Some Sabah MPs have been very vocal the past 3 years, but there are others who have almost disappeared into the background with their electoral win. They are all under oath to the King and the nation to secure the integrity of gaining citizenships pursuant to Part III of the Federal Constitution.

“If PTIs are now accused by the people of taking away jobs, gaining identity documents, making their way to the ballot boxes as well as have access to welfare rights and low cost housing allocations, then we have a serious problem”.

In Patikang Laut, after 48 years of independence, some of the locals claim they live in such dire poverty that their houses are referred to as ‘Reban Ayam’. Even if a policy is in place to prioritise locals for jobs and welfare, PTIs are allegedly having equal access to such opportunities if they had Malaysian identity documents.

“We must not ignore this issue as it’s creating a very xenophobic environment in Sabah against the foreigners and against West Malaysians, who are being blamed by locals for turning a blind eye to the plight of Sabahans. If all 25 Sabah MPs had the grit to raise this issue in parliament en bloc, it will awaken the concern of our Federal big boys,” Jeffrey said in his statement.

He added that even if all Sabahan based parties were to amalgamate, their access to seats in both parliament and State cabinet are far less than UMNO’s which means that UMNO MPs in Sabah must lead the way in addressing the PTI issue in parliament.

“It may hurt the big boss to hear the painful truth from his own camp in Sabah but it is better to address the hole in the boat now than to let the boat sink in the election. The sentiment of the people will turn against the tide if their complaints continue to be ignored.

“I have informed our supporters that if they have any evidence of PTI wrongdoing, they should work with the police force and we will highlight these problems to the government on their behalf.

“Dead Duck MPs’ who are not willing to address fundamental common interests should be replaced by the next election. The people need effective leaders, not just popular ones who are lazy, complacent or ignorant of current affairs.”