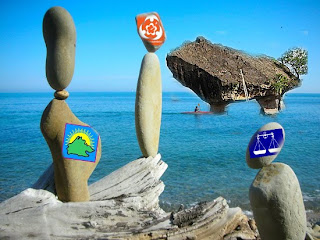 ANALYSIS The Nov 4 parliamentary by-election in Batu Sapi is shaping up to be a one-on-one ‘friendly fight’ between the Barisan Nasional (BN), if not the Parti Bersatu Sabah (PBS), with Sabah Progressive Party (SAPP), which broke away from PBS in 1994 and then plotted with UMNO to bring down the Joseph Pairin Kitingan government.

PKR, the only other contender in the fray, has been pushed to one side in the increasingly bitter war of words between SAPP candidate Yong Teck Lee, the president, and PBS assisted by the former’s political foes.

SAPP insiders are already claiming that ‘win or lose’, Yong stands to benefit from his outing in Batu Sapi. Otherwise, they remain tight-lipped.

The other 23 nomination forms taken by aspiring candidates, the grapevine goes, were sold to the contending parties for anything between RM5,000 and RM50,000 each. This is a favourite tactic in Sabah and Sarawak among those who simply want to kacau (disturb) the serious contenders. The latter are forced to pay up and retrieve the forms-for destruction-along with the MyKad of the form-holder temporarily until the nomination process is over.

PKR which is fielding Kota Kinabalu lawyer Ansari Abdullah in Batu Sapi, appears to be out of the reckoning, by all accounts. Sabah Umno veteran Karim Ghani, who left his party recently in a huff, rates Ansari’s chances at 45% at best.

Karim does not think the Tuaran PKR division chief will ‘lose his deposit’, as predicted by many. He hopes to garner at least 1,000 Muslim votes from ex-United Sabah National Organisation (Usno) members in Sekong, one of the two state seats in Batu Sapi, for Ansari.

Karim’s strategy is to use the 1,000 votes as a bargaining chip to negotiate his way into PKR. He has had two rounds of promising talks recently with de facto PKR chief Anwar Ibrahim in Kota Kinabalu.

The most optimistic predictions for PKR see the majority of the Muslim votes going to BN despite “30% to 40% of the Umno members, led by four Umno warlords, campaigning for SAPP”. The Umno warlords, all pacified-as erroneously thought-with key posts, want to see a SAPP win in Batu Sapi as part of their plan to bring about leadership changes in Sabah BN.

The analysis also sees 20% to 30% of the Chinese votes going to BN with the remainder for the opposition. The question is which opposition party and whether the votes will be split between PKR and SAPP.

Still, Ansari’s chances appear to be poor as Batu Sapi, considered Chinese, has traditionally been represented by a member of the community. The voter registration figures show that the Muslims in Sekong comprise nearly 60% of the voters in the parliamentary constituency. Karamunting, the other state seat in Batu Sapi, is overwhelmingly Chinese.

The Chinese don’t take Muslim figures seriously as they believe that many of them comprise illegall immigrants with MyKads. Besides, it is said that many of them have either moved on to other parts of Sabah, sneaked into Peninsular Malaysia or even returned home.

Pakatan would have stood a better chance in Batu Sapi had either Christina Liew Chin Jin Hadhikusumo or Kong Hong Ming, the Kota Kinabalu and Tawau division chiefs respectively, been fielded in Batu Sapi as initially planned by Sabah PKR, which was given autonomy in the matter

The minority view in the Sabah chapter was that the candidate should be a Muslim. Ansari aside, Libaran division chief Thamrin Jaini and Batu Sapi division chief Hassnar Ebrahim were also ‘short-listed’ by the minority camp. Thamrin also lobbied to be a candidate as Sabah PKR state chief.

Anwar who stepped into the tussle, despite professions of the Sabah chapter being autonomous, decided that the candidate should be a Muslim since the other two parties were fielding Chinese. His final vote was for Ansari, as insiders tell it, after ruling out Hassnar as tainted after being held once under the Internal Security Act (ISA) for issuing illegal immigrants with MyKads and placing them on the electoral rolls.

Thamrin, in Anwar’s eyes, was never in the picture after deserting the Ansari camp recently and patching up with Sabah strongman Jeffrey Kitingan, his longtime mentor.

Hassnar in any case is all-out for Ansari, his lawyer, and has taken a brand-new shophouse block in Batu Sapi to serve as the operations centre. The centre, however, doesn’t include Pakatan's Chinese election machinery which appears to be nowhere in sight in the parliamentary constituency. Kota Kinabalu MP Hiew King Cheu from DAP is Pakatan’s director of elections in Batu Sapi.

SAPP, it was learnt, was in unofficial talks with emissaries of Prime Minister Najib Tun Razak before Batu Sapi. The BN chief’s idea was that SAPP should return to the fold since the latter quit during the time of his predecessor Abdullah Ahmad Badawi. Najib fears that SAPP will make common cause with Pakatan in Sabah against the BN.

Yong apparently wants to use Batu Sapi to prove to the BN that the majority of the Chinese, or at least a substantial number, are behind his party.

A win in Batu Sapi would signal SAPP’s return to BN on the condition that the coalition agrees that all Chinese seats be allotted to the party. This is unlikely to go down well with the other Sabah BN component parties except for Umno.

In the case of a loss in Batu Sapi, SAPP still hopes to negotiate with BN but on lesser terms assuming it can demonstrate a certain degree of Chinese support. If Plan B fails, Sapp would negotiate with Pakatan, a prospect that would be most unwelcome to Sabah BN.

Between PBS and SAPP all indications are that the BN component party would win in Batu Sapi. It’s unlikely that the Chinese would be comfortable with giving the seat to SAPP which already has two parliamentary seats-Tawau and Sepanggar-with nothing to show for it.

Discounting the sympathy factor over the death of her husband and former Batu Sapi MP Edmund Chung, BN candidate Linda Tsen from PBS has an unexpected ally in Tham Nyip Shen, Yong’s number two who has turned against him and hit the campaign trail.

The thrust of Tham’s campaign is that Yong was a poor leader and poor manager during his term as Chief Minister. He cites, among others, the losses suffered by over 50,000 Saham Amanah Sabah unit trust holders and the division of forested areas into management units without consulting anyone.

DAP, a Pakatan Rakyat component party, has an axe to grind with Yong as well. It would prefer to see a BN win as that would make it easier to claim Batu Sapi from PKR for the next general election.

Jeffrey, who led the six-man PKR negotiating team, was willing to give way to DAP in Batu Sapi provided it was willing to hand over Sandakan. DAP considered this too high a price to pay, sacrificing their ‘stronghold’, and decided to withdraw its bid to represent Pakatan in Batu Sapi on Nov 4.

Besides, with SAPP in the opposition, the talk is that DAP would have to sacrifice Kota Kinabalu in favour of PKR which came within 106 votes of winning the seat in 2008 through Christina. SAPP has been credited for the DAP win in Kota Kinabalu.

PAS had also initially toyed with making a bid for Batu Sapi but dropped the idea to focus on Galas which also goes to the polls on Nov 4.