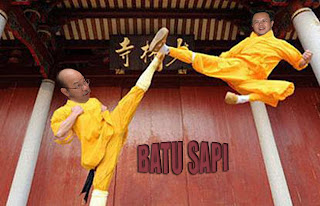 FORMER Deputy Chief Minister, Datuk Tham Nyip Shen has questioned the Sabah Progressive Party's (SAPP) choice of candidate for the Batu Sapi parliamentary seats polls. He said SAPP's failure to select a non-local candidate for the seat was an indication that there was no longer capable leaders in Sandakan.

“Notice how there was no debate when Yong (Teck Lee) was announced as the candidate No one within the party dared to voice an opinion or oppose," he said in reference to SAPP's announcement last week that Yong, SAPP president, would contest in the Nov 4 by-election.

“But then again this is all Yong’s doing as he systematically rid the party of capable leaders, especially those from Sandakan, so that he could keep ‘yes-men’ in his team,” said the former SAPP stalwart.

“His (Yong) candidacy now is nothing but an ego trip, in a vain bid to try and prove that he is a ‘taiko’ the media has made him out to be,” Tham said.

The former Yong ally has also questioned the abilities of SAPP's leaders in Sandakan given that none of them was considered a suitable candidate.

He said Yong, being based in Kota Kinabalu, was too busy politicking and would not be able to serve his constituents should he get elected.

“It is sad to see a once-promising and prospering party crumbling all because of selfish reasons... because Yong does not trust people who have the capabilities and leadership qualities,” he said.

Citing examples, Tham said the departure of former SAPP members such as Tan Kok Shui and Terrence Chong who had helped build the party in the early days was testimony to this.

He also pointed out that second level leaders, who were now with DAP, such as Hiew King Cheu (now Kota Kinabalu MP) and Jimmy Wong (the Tanjong assemblyman) "were often ridiculed by people surrounding Yong".

“They left after those humiliation and yet ironically, they were later elected by the people as YBs. Who are these people (SAPP) to say that they are no good? SAPP ‘lost’ two YBs as a result," said Tham.

He said Yong is often proclaimed as “taiko”, but this is inevitable as he had made himself the only suitable choice in every seat.

"This is senseless if not madness.

“You need a team to run politics (with the hope of forming a government). A one-man show, at the very best, will only be one voice barking ineffectively. Eliminating all these good people, assuming they are not as good as you (all these years), is insane.

Tham said Yong had perhaps deliberately allowed himself to be surrounded by these types who would spread lies to character assassinate his opponents and gain political mileage.

Meanwhile, Tham has also denied allegations of his involvement in the Sabah Medical Centre (SMC) deal.

He said SAPP supreme council member David Chong's allegation that he (Tham) had benefited from the deal was off the mark.

"I have not benefited even a sen from the SMC deal; I do not know if SAPP did.

"But I am sure SAPP benefited from the Damai road construction, a project given by the Barisan Nasional government to SAPP.

“Chong is most welcome to expose my supposed deal in SMC to the maximum – finishing me off once and for all, if indeed he has the slightest evidence. This may also help his master, Yong, in the coming Batu Sapi by-election.

“In fact, it has now become clear to me why Yong and the whole gang had to get rid of me. It was to pave (the way for his) comeback to Parliament through whatever means," he said.

Tham said he had had no intention to talk about Yong or SAPP but the recent allegations had compelled him to do so.

“I never had any intention to talk about Yong or SAPP. The recent baseless attacks on me are with obvious malicious intent, all for his selfish gain.

"But it has, however, helped to explain why so many good leaders left SAPP.

"It would be very sad to see SAPP, once a great party, collapse. One reason being that SAPP rose to power too quickly, making its greedy leaders hungry for power and hungry for money as well as positions," he said.

Tham said Chong had an axe to grind because when he (Tham) was Minister of Tourism and Environment Development, Chong had submitted a plan to privatise the Kinabalu National Park area.

“I turned it down politely and he got angry. He then applied for a portion of the sea in front of Kota Kinabalu from Yong, who was then state local government and housing minister.

“Yong was, of course, more successful in handling him than me, making him very happy by approving it. The rest is history. This explains why he is always very angry with me,” Tham said.

Tham described Chong as a powerful man, and that each time Yong needed to see then Prime Minister Abdullah Ahmad Badawi, only Chong could arrange it.

“Like many of those before me, I surrendered. I had no choice but to leave SAPP,” said Tham.