‘SPOILER’ WILL RETURN TO BN 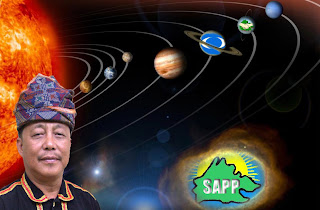 SAPP does not like to be called a spoiler. SAPP President Datuk Yong Teck Lee is also reported to be pissed off by Sabah DAP Chief YB Dr. Hiew’s whispering campaign that Datuk Yong will return to BN once he has achieved his ambition. What is exactly Yong’s ambition? Whatever it is the remark that he and SAPP will rejoin the BN family is touching on his raw nerves. Is there any truth that Datuk Yong will actually rejoin BN?

Sabah DAP thinks that by looking at this scenario the political old timers will never be able garner enough votes to win. It has been forecasted that the new and young generation of Malaysians will be the deciding factor on who will win and who will lose in this 13th general election.

The rakyat will not be fooled again by these politicians who by rights should retire gracefully and allow the younger people to steer the country. So these politicians if allowed to contest under SAPP tickets would mean that they are spoilers. Indeed, calling SAPP a spoiler has a basis.

Sabah DAP knows that Datuk Yong will definitely bring SAPP back to the BN family. It is just a matter of timing. Their punching bag, the former PM Ahmad Badawi is no more around. Datuk Yong has successfully helped in getting Pa Lah to retire earlier than normal.

This is the same when Datuk Yong helped UMNO to dislodge PBS from power in 1994 and he was handsomely rewarded. Datuk Yong is one of the rotated Chief Minister of Sabah. The stories of Datuk Yong’s wealth and fortune are now publicly displayed courtesy of none other than his former SAPP Deputy Tham Yeap Shen.

To win and form the government is unlikely because of the ‘thick files’ he and many leaders in SAPP have accumulated during the time in BN. The whispering campaign purportedly started by YB Dr. Hiew has therefore some sense after all.