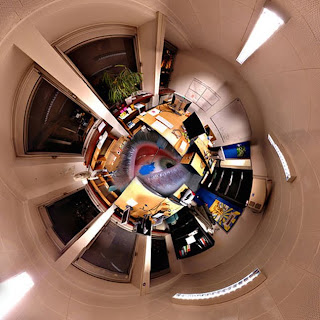 HOW perfect are we to predict accurately the outcome of the spin of a wheel or a roll of a dice? The universal answer is humans could merely make random guess or speculation leaning heavily upon the favour of luck with the hope of striking the winning odds as it is done in any game of chances, unless the players have special devices to cheat the dealers in the casinos so to speak.

This is just a simple assumption set as a fine example to support the basic logic of the answer given to this question.

Similarly, in the game of politics, we do make speculations on the winning chances of any contesting candidate. However, unlike in the game of chance betting for a windfall, in politics, the backgrounds & profiles of the candidates, their respective parties’ manifestoes and administrative history could statistically be evaluated and analysed deeply to be incorporated as the facts and figures that could be used as the basis of references and benchmark, to determine the winning chances of the candidates in question taking part in a fair and just election.

The use of certain degree of psychological warfare is unavoidable meaning they are ready to hurl constructive criticism and be prepared to accept string of criticism especially during the crux of an election campaigning.

Nevertheless, it is difficult to rule out the imminence of election rigging deliberately set, just for the sake of winning, but our learned candidates will not opt this unhealthy strategy as it runs counter against the National Election Acts, if any candidate is detected contravening with the existing election procedures, the winning candidate could legally be charged for election fraud and would face the risk of being disqualified and stripped of their winning status and titles.

The court verdict to dissolve a ruling party involved in election rigging and fraud took precedent in Thailand after the former premier Taksin left the country. Imagine what would happen if our court has such power to dissolve the ruling party if one of its component parties committed election fraud? Perhaps we would not be able to see the paces and quantum of social and economic development as we see Malaysia today.

In the current political campaigning of P.185 Batu Sapi By-election that become vacant following the sudden death of its incumbent Datuk Edmond Chong in a freak road accident recently, a series of speculation have been made on the victorious chances of the three contesting candidates namely Datin Linda Tsen Thau Lin, 54 year old other of four children and widow of the late Batu Sapi MP Datuk Edmond Chong representing BN in the three corner battle, whereby the President of SAPP and former CM Datuk Seri Panglima Yong Teck Lee, 52, and the PKR Tuaran Divisional Chief and prominent lawyer Ansari Abdullah, 56, have joined the fray with the hope of winning the by election to be held on 4th Nov 2010.

The State BN leaders have agreed in principle on the selection of Datin Linda from PBS as the best choice for its candidate in the by election, while in the case of the two opposition candidates, PKR adviser Datuk Seri Anuar Ibrahim has given his blessing to Ansari to be the suitable candidate, while Datuk Yong has got the green light and thumped up from his SAPP supreme council members to participate in the contest, which is Yong’s first election since being disqualified in 2001 from contesting for five years due to the 1999 election billboard offence.

All contesting candidates have set their respective election manifestoes to be lively disseminated and interpreted to win the hearts of the 25,582 registered voters which comprised 24,047 ordinary voters and the balance 1,535 constituted postal voters from different locations within the district namely, Sandakan Naval Base (601 votes); IPD Sandakan (271 votes); General Operations Force Sandakan (663 votes) that will be cast on 2nd November two days earlier before actual polling day.

PKR has pledged to implement its Seven Points Missions in the event that the party wins the Batu Sapi Parliamentary Seat;

1) To deliver the voice of the people in Batu Sapi to parliament irrespective of their race, religion, ethnicity and position.

4) To plan various programmes to assist the people of Batu Sapi enhance their economic level.

5) To ensure students in rural areas enjoy the best facilities so as to enhance their level of education.

6) To assist in the reduction of poverty and social ills among the society,

7) To provide continuous service with dedication and wholeheartedly as well as to provide the best service to the people of Batu Sapi without any favouritism.

During nomination day, Sabah PKR Deputy Chairman Christina Liew told reporters at the Sandakan Community Hall that the PKR choice of candidate is not about the person or the party “It is about the future of Sabah. What you see today is the accumulation of the past 47 years that Sabah got from the Federal Government through the Federation of Malaysia. She claimed that instead of getting better, the situation is getting worse. Therefore, if they want change, the voters must come out in full force to vote for PKR. It matters because every vote counts and if we win, it will be the beginning of a new government and a new era” (The Daily Express October 28th, 2010).

The State Pakatan Rakyat (PKR, DAP & PAS) have joint force to ensure victory of its candidate during the Batu Sapi by-election campaigning period.

Firstly, when the whole machineries of BN are mobilizing nationally to defeat SAPP struggles for Sabah, we will not run away, on the contrary, it is time to demonstrate our courage and sincerity as a political force. We dare to fight because we can win but we can win because we dare to fight.

Secondly, one more seat for SAPP in parliament we are stronger to bring back Sabah’s autonomy.

Thirdly , a victory for Batu Sapi will signify a step further for us to safeguard the State’s right .

Fourthly, Sandakan, as the second largest city of Sabah, needs a change and we can initiate the change when we are mandated to do so.

Lastly, SAPP needs the people’s partnership to help actualise our common version “Sabah for Sabahan” and “Borneoisation issues” would take centre stage in the party’s theme for the by-election”.

SAPP is a State based political party and has not merged with the Opposition Pakatan Rakyat since the party withdrawal from the BN coalition a couple of years back although it is believed to have an understanding with PR. Yong was even quoted as saying to Pakatan lately “We can be friends, but not necessarily marry” (The Daily Express October 28th, 2010). The party is going solo in its campaigning moves to garner support from the electorates within the Batu Sapi parliamentary constituency.

On to the BN Front, which has profound and outstanding records of administration ,the optimistic views of CM Datuk Seri Musa Aman, who is also the Director of Operation for the Batu Sapi by-election that its Candidate Datin Linda Tsen Thau Lin will retain the seat matches with the views of several other BN leaders including academician Dr Sivamurugan Pandian, a political analyst of Universiti Sain Malaysia.

Dr Sivamurugan was quoted as saying, “Tsen could create an upset in the political history if she could beat the two political heavyweights in the by-election. This is the first time BN had fielded a woman candidate in any by-election after the March 2008 General Election and the fact that women made up 46 per cent of the voters in the constituency, could not be ignored. Tsen could be a ‘giant killer’ depending on to what extend the BN component parties could unite by putting the party first, as well as ‘to clean up the machinery’ to enable her to reach out to as many voters as she could. With the huge manpower as well as resources, you can do that. The by-election will put to test the New Political Model for BN Components” (The Daily Express Oct 28th 2010)

Speculatively, BN has the winning edge judging from the availability of election machinery, manpower and other campaigning strategies ready for mobilisation until the polling day. Component parties PBS, Gerakan, LDP, UPKO, MCA and of course UMNO divisional members and supporters will join force to ensure victory for the BN candidate.

The UPKO‘s Director of Operation for the Batu Sapi by-election, Masiung Banah will be using ‘Personal touch’ to approach voters within the constituency. The party has identified about 818 UPKO members who are registered voters in P.185 Batu Sapi constituency. The party has allocated transportation budget for these members to exercise their rights on the polling day is a case in point.

With the exception of the postal voters numbering 1,535 who cast their votes two days earlier, will the percentages of voters turnout be satisfactory this time around? Definitely, it is not going to be 100 per cent, based on Election Commission Chairman Tan Sri Abdul Aziz Mohd Yusof’s statement, “We have held many elections on working day, and there had been no indication that voters turnout would be smaller on that day. When an election was held on non-working day, what we noticed was that there would be huge turnout of party supporters but not voters”.

We expect to see an increase of voters turnout in the P.185 Batu Sapi by-election on 4th November 2010 polling day. Hope the loyal party supporters nor the registered voters stick to the their choice of candidates and will not change their minds in the front of the ballot boxes on polling day .

Remember the adage which says, “All that glitter is not Gold neither it is a Diamond when it sparks.”

Honour The Golden Rule which says “Do Not Do Unto Others As You Do Not Want Others To Do Unto You.”

Wishing All The Best To Every Candidate, Let The Electorates Refine and Filter Your Messages For The Good of Our State & Country! God Bless Sabah!