MY SENTIMENT AS A BUMI 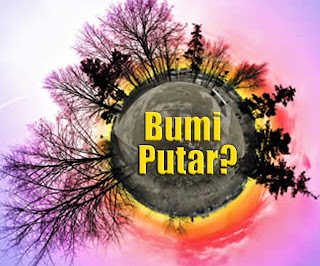 I am just a political analyst and not a follower of any party. If you had followed my previous articles in the Daily Express, you may think differently. I am not against UMNO or any of those imported parties.

My concern is will Sabah ever get the good deal as those in Sarawak and West Malaysia? What happened to the government statistic that prior to the intrusion of the imported parties i.e. before 1991, Sabah was the number 2 richest state in Malaysia and now, after 19 years of remote control management by imported parties, Sabah has been posted as the number 2 from the bottom(poorest)?

My objective is to see that Sabah is 100% percent controlled by Sabahan regardless of race and religious belief. This is what was promised during the formation of Malaysia.

Secondly, Let all the Sabah parties contest among themselves, Sarawak for Sarawakian and West Malaysia parties for West Malaysia. Whoever wins the majority seats in West Malaysia, then we will form alliance with them and form the government of Federated Malaysia. It does not matter if UMNO, MCA, MIC, Gerakan, PKR, DAP or PAS! In this situation, we shall have all the say to govern our beloved states.

Look around us and feel the current environment, can you really say that we are what our fore-fathers intended us to be?

Yes, UMNO is a good party but it is only good for the Malays in West Malaysia. We are not West Malaysian Malays but we are Sabahan within Malaysia.

Sabah, being a multi racial, multi religious and multi cultural is best managed by a truly multi racial party and the economy should not be guided on racial or religious borderline.

We must think of those who have and those who don't have? As far as possible, we want to treat everybody equal. How equal can it be when we are enjoying living in our nice and comfortable homes, watching Astro, surfing in the net, having nice vehicles and eating whatever types of food we wish to consume?

What about those people in the interior and in the outskirt of Kudat, Kota Marudu, Banggi, Pensiangan, or just a few miles from where we reside?

By the current interpretation, they are BUMIPUTRA but what are the so-called Malay/Muslim/Bumiputra parties doing to improve their well-being so that they no longer have to suffer when it rains (cause they only have leaking roofs), eat tapioca during the dry season and only look for ikan karok, small talapia, sapat etc. from the drains during monsoon season.

What about the school children in Kundasang who need to walk miles and miles, up and down the hills while our children have the school buses and some on Mercedes and four wheels. Do you still remember when we were kids? We studied with the help of the kerosene lamps and the next morning, deep in our noses would be black.

Our family would gathered around a small transistor radio and listened to the very first Thomas cup. If we forget all those, shall we travel around the state and feel the reminiscence of our childhood?

Of course, those privileged people in the current political system would prefer to maintain and retain those privileges. Have we forgotten what our religion taught us? It says,"be fair to all" and it didn't say, "just look after your own kind".

Last but not least, allow me to quote two beautiful quotations, one by my eldest sister and the other by Datuk Pairin (quite sometimes age and he may have forgotten about it).

1. If you allow the termites to enter your house, soon the whole house would be eaten (wooden houses) and collapse.

My dear beloved and privileged friend,

search your soul and look for your internal enlightenment, then decide.

With respect and regards.