SAPP AND PBS HAVE HIDDEN AGENDA 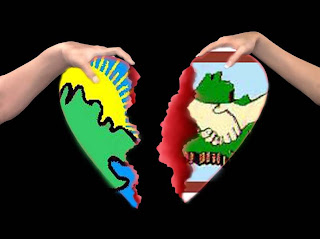 THE battle for Batu Sapi has started. On Nomination day on the 26th October 2010 saw three political parties qualified to contest the by-election caused by the untimely death of its MP Datuk Edmund Chong on 9th October 2010.

Pakatan Rakyat is represented by PKR and prominent lawyer Hj Ansari Abdullah. BN-PBS has surprised the people of Sabah when the wife of the late Datuk Edmund Chong was picked to contest. It is a surprise because she is only known to be a music teacher and never as a politician. Is PBS taking advantage of her situation and thus, hoping to garner sympathy votes from Batu Sapi?

The entry of SAPP President Datuk Yong Teck Lee into the fray is expected. There was a feeling that he would withdrew at the last moment because his nomination and announcement was made by the party. In case of Pakatan Rakyat and BN the announcement of the candidates came from the top party leaders.

Sabah DAP feels that by fielding their President, SAPP is going for broke. It is an open secret that Datuk Yong has a hand in solving the Sipadan kidnapping incident with the successful release of all the hostages. We cannot take him for granted. The fact that a group of SAPP flag bearing supporters marching and shouting ‘SAPP Pulau’ to the nomination centre is testimony of his influence amongst the ‘islanders’ in Batu Sapi.

But is there a hidden agenda between Datuk Yong and Tan Sri Joseph Pairin Kitingan? Both leaders are from the same school-PBS. They were responsible in running and managing the affair of Sabah from 1985-1994. However, in 1994 saw the breakup between Datuk Yong and Tan Sri Pairin. At that crucial moment, Yong form SAPP joined BN to topple PBS. Is Datuk Yong happy with what he did to Pairin after getting all the perks and benefits from PBS?

Sabah DAP thinks that Datuk Yong has been living in ‘pain’ for what he did to his good buddy and leader Pairin. SAPP and Datuk Yong were solely to blame for the downfall of PBS in 1994. Now Datuk Yong is trying to remedy the situation by ditching BN. He is looking for means to clear this conscience. His intention in getting out of BN is basically to help PBS come back to power.

This by-election is a test and trial run. In Batu Sapi, Datuk Yong hopes to take away as many Bumiputra votes as possible so that PBS candidate Linda Tsen will be elected. However, the bigger picture is the re-instatement of PBS as the government in Sabah with the assistance of SAPP. This, SAPP hopes to achieve after the 13th general election.