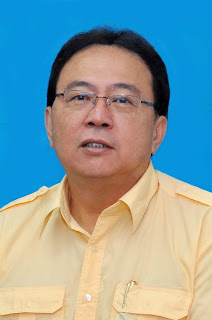 Sabah Progressive Party (SAPP) said landowners at Kolombong area are worried that the BN State Government will charge excessive premium for extension of their title deeds.

The recent State budget tabled by Datuk Musa indicated that Sabah will have a deficit budget of RM320 million for the year of 2011. It showed that the State Government is at the verge of bankruptcy and they have to borrow money to finance development projects.

Former SAPP Treasurer-General, Datuk Wong Yit Ming, pointed out that the BN Government has promised to to extend their title deed. The premium will be so affordable that every landowner will be able to pay for it. As informed by the landowners most of the title leases in Kolombong area will be expired in the next 10 years. At the present moment, most of the banks or financial institutions refuse to give loans to the landowners unless they can extend their title lease to another 30 years.

Datuk Wong also pointed out that when some of the landowners approached Hasil Bumi in the Chief Minister’s Department to renew their lease titles for another 60 years, they were told that the premium required for the extention of lease title is very much higher than the amount promised by the Chief Minister. Some of the landowners can not even afford to pay for the premium requirement. They all feel cheated and upset that BN Government cannot fulfill their promises.

SAPP calls on the BN State Government to speed up the renewal of Kolombong land titles seriously and the State Government should be fair in charging premium in order to help the landowners to extend their title deeds.
Posted by sabahkini.net at 01:06