UNITING THE OPPOSITION IN SABAH 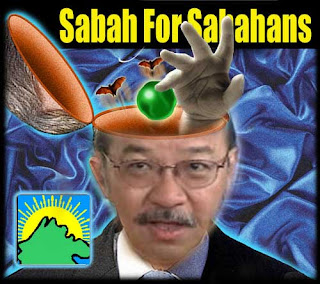 AS we edge closer to the next GE, it is important that members of the opposition coalition Pakatan Rakyat start going on the ground to explain to the voters as well as potential voters (unregistered) on why we need to change the State Government and the Federal Government as a whole.

The Batu Sapi by election is a conclusion that the opposition parties need to unite and take on the mighty BN and end their hegemony in the coming 13th GE on a straight fight basis. Too long have we been divided as the opposition, we need to unite now. I am not alone of the opinion that Datuk Yong Teck Lee did not make a fool of himself in Batu Sapi.

Batu Sapi was to be a measurement tool of who commands the support of the people between SAPP and Pakatan Rakyat. To be fair to Datuk Yong Teck Lee, if he had forged an alliance with Pakatan and contested as ‘The Alliance’ candidate in the by election, he could have garnered more votes compared to the combined votes of PKR and SAPP contesting individually from the results that we know of now.

Sabahans need to stop using the slogan ‘Sabah for Sabahans’. This will not work, in fact, it is scary. The slogan will only confuse the people more. Most have the opinion that this slogan means Sabah will pull out of Malaysia and become a country on its own.

Then again, it may also mean that Sabah deserves to have autonomy on State affairs. Now, as Sabahans, we do need autonomy, but what makes everyone sure that just because Pakatan is an alliance of Peninsular based parties we will not get the autonomy that we need should Pakatan come to power?

There has been no news on the said formation of ‘Parti Ekonomi Rakyat Sabah’. We should not look down on this move by its Pro tem Chairman, Jason Jack Bullah. I am keen to know the developments his group as he does make a point by introducing agriculture as well as helping to finance the poor people in the rural areas through agriculture.

If the elected representatives are too busy thinking of themselves, at least it is good to know that there are some lone rangers out there that care and assist the rural poor. My support is very much to Pakatan Rakyat, but if Jason Jack and PERS are committed to their struggle, I will support them as well.

Time is not on our side. We need to start now. Start talking to the people and persuade them to vote opposition and reject vote buying. As for the formation of a United Sabah Opposition Front, we leave it to the party leaders.

Members/supporters of SAPP and PKR should stop being at loggerheads. Instead of fighting/arguing, we should be thinking of ways to work together. I am from Penampang and I will offer assistance to PKR Penampang Chief, Darrell Leiking and the Information Chief Joe Bosuin in their efforts to capture the Penampang parliament seat, plus state seats of Kepayan and Moyog. It will be an uphill battle no doubt. Nevertheless, we need to iron out our strategies as soon as PKR is done with the party elections.

I am sure that many Sabahkini.net readers are willing to share their ideas and feedback on how we can work together in ensuring that Sabah gets what Sabah deserves. I am willing to hear your comments. Please channel your feedback and ideas to pakatansabah3112@gmail.com so we can explore all possibilities before we march to the 13th GE.