IT IS ALL ABOUT TRUST 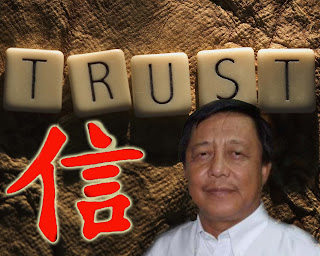 THE Malaysian Prime Minister must be given a ‘red’ report card for his handling of our country’s well being. From day one of his ascension to the PM’s chair he has made a huge blunder by appointing Senators to be in his Cabinet. These Senators are mainly losers in the political arena discarded by the voters. They are the backdoor ministers.

As a PM he failed to arouse the imagination of the people and in the process did not win all the by-elections. Surprisingly with his absence from the scene his deputy Mahyudin who took charge was able to retake PAS Galas constituency and retained Batu Sapi during the 4th November by-elections. The absence of the PM was not even noticed by the general public and he should take this as a clue to assess his popularity among Malaysians.

As the PM Dato Najib has not been able to differentiate or separate his role as PM, President of UMNO and Chairman of Barisan National. The rakyat is confused by his confusing stands. For example his statements on respecting the Chinese and Indians rights to be in Malaysia is betrayed by the vocal abuses on the Chinese and Indians from his Ministers, UMNO politicians and supporters.

The little Napoleons under his administration have been saying so many hurtful things to the non-Muslim community. The latest incident involved canning of a little boy for bringing non-halal food to school.

The PM administration has done so many things that has hurt Malaysians especially the non-Muslim community. The high profile death of Teo Beng Hock, Kugan, Aminudin and Altantuya has rocked the foundation of justice in the country. The Police is under the microscope.

Our judiciary has seen many scandals leaving very negative perception of the dispenser of justice by the people. The religious intolerance is beginning to show its ugly head and the ‘Allah’ issue is set to divide the community even at higher pace. Racism is becoming too common and is happily highlighted by certain government-linked newspaper.

Now we hear that the non-Malays are not patriotic enough which explains for their low number in the Armed Forces. Sabah DAP thinks that the Defence Minister Zahid has failed miserably in his duty.

By saying this, he has failed to study and understand the role of the many non-Malays soldiers who fought against the communist and defended the country during the Indonesian confrontation. He has forgotten the impartial role of the non-Malay soldiers of Sabah and Sarawak during the May 13 incident.

Sabah DAP would like to remind Zahid that after the calm, the country started a road to making the government service a Malay domain. Look at the Malaysian civil service, the Police and Army. They are predominantly Malays. For non-Malay to be recruited into the civil service is so difficult and compounded by the poor pace for promotion. For the non-Malays, it is all about trust.

Sabah DAP feels that if Zahid now thinks non-Malay participation in the Armed Forces is crucial and important for the country then it is time to trust Malaysians irrespective of race, religion and culture. It is time to focus on who can deliver the tasks effectively and efficiently. Once the biases and discrimination are eliminated, the non-Malays are more than happy to join the force and ready to be at the front defending this country from any external threats.