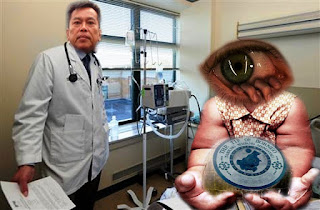 DEVELOPMENTS of late have shown us Sabah is in a very bad situation as far as economics is concerned. The signs and indications are there. Even the World Bank has shown that it is still the poorest state in the whole nation.

"Even though the levels (of poverty) have gone down, the deep pockets of poverty are here in Sabah," said World Bank Human Development Sector Director (East Asia and Pacific Region), Emmanuel Jimenez.

"Sabah has about 10 per cent of the Malaysian population but more than 40 per cent of all poor people in Malaysia live in Sabah. Whatever poor people remaining in Malaysia, many of them are here in Sabah, and most of them live in the rural areas (many involving ethnic) groups such as the Rungus, Suluk and Orang Sungai according to the statistics, they remain very high," he said.

Naturally, the government reacted angrily, with the state’s Economic Planning Unit (EPU) director, Ismail Abdullah, condemning the World Bank’s Report saying: “The EPU, as the state's central planning agency, is disappointed because the fact on poverty in Sabah was twisted and used to downgrade the state government’s image even though the state administration under the leadership of Chief Minister Musa Aman is really committed to developing Sabah and reducing poverty incidence.”

It says a lot that Ismail kept mentioning the Chief Minister’s name, indicating perhaps that the EPU is singing to the tune of the state BN, and telling us the truth. Why couldn’t Ismail speak as a professional on his own standing?

On Friday, State Industrial Development Minister, Datuk Raymond Tan had to give his piece of mind on the issue, accusing the opposition of ‘manipulating’ the World Bank’s Report ‘for its own political interest and mileage’ and ‘distorting facts.’

As such, here, I am not going to distort facts, but will just invite readers to think over the issue by referring to some facts that are already general knowledge to Sabahans and quoting the statements of others, including BN leaders themselves, lest I be accused of manipulating, making political mileage or distorting facts.

On Tuesday Sri Tanjong Assemblyman, Jimmy Wong caused a ‘chaos’ in the State Legislative assembly by accusing the state government, actually naming the Chief Minister, of failing to solve the state’s economic problems.

He said the CM, “since assuming the responsibilities seven years ago had not been strengthening the state’s financial position for the development agenda to be enforced continuously. You have also failed to improve the people’s standard and quality of life. Your strategies and financial planning are on the reverse mode.”

‘Reverse mode’ which means regressing, goingbackward, are very strong words. But one pro-BN observer can still say this is the ranting of an opposition member of the house, but on the next day (Wednesday), Pantai Manis Assemblyman Datuk Abdul Rahim Ismail, said pointedly that, “Sabah needs to revamp its economic system more seriously if it wants to be a develop and be a prosperous state like Selangor and Johor. The reality is Sabah cannot go forward and be prosperous if the state government is not taking serious measures to revamp the state economy (and) pay serious attention to the issue of Sabah losing manpower.”

He welcomed the objectives and strategies of the recent state budget but the budget probably needs to be scrutinized if we really want to go forward in development. He reminded me of the famous saying “Insanity: Doing the same thing over and over again and expecting different results.”

Rahim also warned about the danger of a deficit budget especially at a time when the state’s export revenues are on a downward trend. By the philosophy of the crony system of the government, this statement by Rahim is clearly an affront, a disrespect, an outburst, that clearly criticizes the Chief Minister’s economic management.

No wonder, on the following day (Thursday) the CM hit back at Rahim as, “always asking questions but now when we want to wind up (to give the answer) every time he is not around.”

I believe a lot of people see it that Sabah is a very poor state in many ways, and while being poor, it is suffering from a lot of sicknesses. The mother of all problems, the illegal immigrants, and those immigrants that have become Bumiputeras overnight through collusions, are still our main headaches.

While giving the state countless economic woes, they also give the state a sorry image, reflecting the government’s ineffectiveness or purposeful neglect. Our borders are so porous. Anyone can come in and out of the state without any document (as openly admitted even by the previous Sabah commissioner of Police who said that we can deport a foreigner today and they will easily come back again tomorrow).

For a long time Kunak was a ‘free port’ where foreigners enter and leave unhindered. All the armed forces and the high technology that the federal government claims to have are not enough or not being utilised sufficiently to stop the silent invasion.

Poverty is also everywhere, in the rural areas as well as in the urban areas. So many farmers and hunters are still living the way they were before independents. Underaged children, out of ignorance or due to traditional habit, get married and have babies when they are still below 15.

Young mothers, by the thousands, are fending for themselves after being abandoned by husbands who opt for foreigners. Diseases such as skin disorder and goiter occur in the interiors. There, mothers in labour may face deadly nightmare due to the absence of clinics, what with some villages so remote it would take days to reach the nearest road.

Malnutrition cause the people to suffer from premature aging, due in part to unhealthy lifestyles without any health education from the government. Decrepit houses of the interiors, when publicized, are denied by the leaders. People are being chased out of their lands. Vast areas of lands are being taken to be submerged under proposed dams. And many lands have already been taken by West Malaysian mega companies like Felda – now having Sabah land about four times the size of Singapore without even the approval of the state cabinet.

The song ‘Sabah Tanah Airku’ had lost its meaning a long time ago. Now we see the signs of failure, neglect and sickness; rubbish (trash, garbage, dirt) polluting the environment everywhere even if you drive from KK to the Kinabalu National Park.

Why do we declare Semporna as the dirtiest town only after almost 50 years of independence? Because we didn’t care. We are not civilized enough to recognize rubbish right under our noses.

And the worst disease of all is, of course, corruption which has been sucking off the blood from the economy. Our vast natural resources are mostly gone, wiped out by greed, so much so that we have become the poorest state. After so many successive governments, the people now see politics as a means to corrupt and become rich beyond one’s dreams and to do it as fast as possible. All government projects, especially those on negotiated tenders, are understood as ways to get kickbacks for the political leaders.

The MACC is carrying out selective investigation and the government is practicing selective prosecution. Everybody understands that certain leaders will never be investigated no matter what. A former Umno state Assemblyman for Pulau Manis, Mohd Arrif Sabri writes in his blog: “In Hong Kong, the ICAC (Independent Commission Against Corruption) will check bank accounts of top government officers including former top cops to see if they had accumulated money beyond their salaries. Would that happen in Malaysia?

The best thing that could shore up Najib's credibility and seriousness was to arrest two or three ministers. The government in addition must earn the respect of the public. It must show some success stories. The public is weary of empty promises. They now want action. The clamoring is in line with Najib's commitment to uphold rule of law and imposing zero tolerance on corruption.

The Umno politician also lamented that every avenue of government spending was seen as a chance to skim the fat. For example, “The purchase of laptop computers which could be gotten at maybe RM200 from China are sold at RM1,000 a piece!”

And why is it so difficult to get rid of the cabotage policy? Because, certain people are going to lose ‘incomes’ if goods from overseas are delivered direct to Sabah and Sarawak. No wonder we are so poor, and that the state is struggling to survive in these tough times. No wonder Sabah is sick. No wonder even BN leaders are criticizing the government. Now the whole world – the World Bank, the Transparency International, and the United Nations are focusing their attention on Sabah, the land being swayed by winds of its own inefficiency and corruption.

I fully agree with Rahim that the state needs a new economic strategy in order for it to survive. As things are, it is actually sliding down, ‘on a reverse mode’ as Jimmy Wong said. How will we ever become a high-income state with our youths still going out in droves to KL and Singapore trying to make a living? And how about the frightening brain drain, with educated and wealthy people leaving Sabah for greener pastures?

We have so many problems and yet we deny them. The BN even dare tell incredible things to the people like eradicating poverty by the end of this year! We can be quite certain that by January the hardcore poverty and poverty will still be there.