CALLS FOR SACKING OF ZAID IBRAHIM 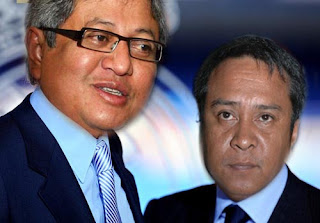 PKR Batu Sapi has called for immediate sacking of Datuk Zaid Ibrahim from the party, to send a strong message that PKR does not condone any ‘Trojan Horse’ in the party.

According to PKR Batu Sapi Secretary, Zainuddin Hassan this was the unanimous resolution passed by its Committee during a meeting held in Batu Sapi, Sandakan on Friday.

“We are of the view that PKR leadership should not condone a Trojan Horse like Zaid or anyone else, as this was not the first time that such a character had appeared and had attempted to undermine the stability of the party. Hence, it’s time for the party leadership to act tough on such character,” he said in a brief statement issued here today.

“What Zaid has done of late were clearly not in the best interest of the party but aimed to cause frictions among the leaders and members in order to inflict the severest damage to the party.

Hence, the party leadership should stop being kind to such a mean character but to immediately sack him instead of allowing him to leave the party with one-month notice,” he contended.

Zainuddin also dismissed Zaid’s claims that his call for Anwar to quit the party was supported by some party members as baseless.

He also stressed that PKR Batu Sapi will continue to give their full support to Anwar as the de facto leader and Wan Azizah as PKR President.