CONSPIRACY NOT TO DISSOLVE? 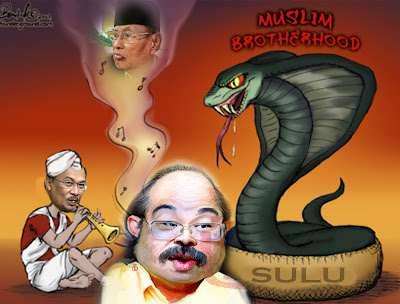 KOTA KINABALU: The delay tactics of both the Barisan Nasional and Pakatan Rakyat governments in not dissolving Parliament and the respective State Assembly(s) has irked the Sabah Progressive Party.

While the governing politicians of both BN and PR play games and plot on how to stay just a bit longer in power, the whole country is made to wait in suspense, hit out SAPP president Datuk Yong Teck Lee.

“The current situation in Malaysia, including in Sabah, whereby the Federal and State governments have stayed on beyond five years is unprecedented.”

He said that to the gross disappointment of the people, both the BN and PR governments have refused to dissolve their respective legislatures even though their five-year term has expired on 8 March.

Yong claimed that many investment decisions, public and association activities, as well as holidays have been put on hold pending the general elections.

“There are invisible costs and losses to the economy when the entire country is focused over a long period of time on its political conflict,” he charged.

“The fatigue of waiting and waiting is causing a toll on the economy.”

The current mid-term school holiday would have been a good week to hold the elections before Easter.

If Selangor had gone ahead with its promise to dissolve its assembly after Chap Goh Mei last month, then pressure would have been put on the Prime Minister to summon enough courage to dissolve Parliament because he would have no choice.

In any case, Selangor under Pakatan could have shown the lead and taken the moral high ground.

“But as it is, even Selangor announced that its assembly would only be dissolved on April 22, a mere four days before the constitutional expiry of parliament,” pointed out the former chief minister.

“This made some people think whether there is a conspiracy between BN and PR not to hold elections until May or June this year.
“What is BN waiting for? What is Pakatan waiting for,” asked Yong.
Posted by sabahkini.net at 12:39