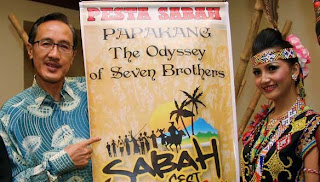 He said this is proven by tourist arrivals last year, which totalled 2.8 million, surpassing the target set.

"Sabah remains the favourite choice among the tourists, especially the foreigners, due to our security, harmony, peace, friendliness and hospitality of the people.

"Tourist arrivals last year was more than that in 2010 where the State registered 2.63 million tourists," he said.

Masidi said this in his speech before flagging off a motorcycle convoy of 150 big bikers, headed by State Commissioner of Police Datuk Hamza Taib, for a crime prevention awareness campaign in Kepayan.