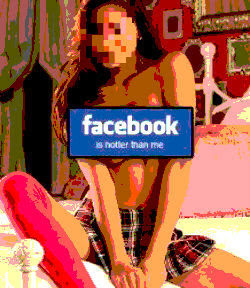 INDONESIAN police have nabbed a 19-year-old housewife suspected of running an under-age prostitution ring via Facebook.

The Jakarta Police cyber crimes unit had arranged to meet the woman, identified only as M, and the seven under-age girls accompanying her by masquerading as potential clients online.

The unit made contact with M via a Facebook page where they were able to peruse albums and prices for various girls.

The girls allegedly charged between 800,000 Rupiah (RM267) and 1.5 million Rupiah (RM500) for sexual services, almost half of which went to M, senior police commissioner Rikwanto told The Saturday Age.

Police believe M has operated the prostitution racket for the past two years.

The teenage madam allegedly befriended and recruited girls aged between 16 and 20 in shopping malls in the poorer areas of Greater Jakarta, luring them with the promise of handsome profits.

''The girls were motivated by economic reasons,'' said officer Rikwanto. ''They want to have a life like people they see in movies or on TV.''

If convicted of child prostitution, M could face 10 years in jail. She may also be charged under the criminal code for child trafficking.

The seven girls arrested with M during the raid at the South Jakarta Hotel were to be released after questioning. Blaming Facebook was unlikely to solve the problem, said Andy Yertiani, from Indonesia's National Commission on Violence Against Women.

''The issue is not how people are using social media but how other systems, economic, education and others, make women vulnerable and see them become involved in prostitution,'' Yetriani said. (stuff.co.nz)