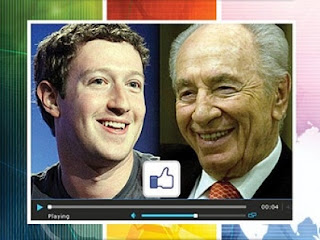 THE PRESIDENT of the State of Israel is joining Facebook and is set to receive a near-royal welcome. Shimon Peres is planning on taking advantage of the social network to call on citizens of the world to ask him questions through his official page on the site and even to suggest ideas that could promote peace in the Middle East.

The initiative is part of a new project to promote peace. Its main goal is to create communication with citizens of countries that Israel does not necessarily have diplomatic relations with, with an emphasis on younger citizens from Arab countries. The plan aims to enable them to propose ideas on possible methods of bringing people, rather than just countries, closer.

The president is expected to set out for a visit to the US during which, on March 6, he will visit the Facebook headquarters in the Silicone Valley where he will meet with Facebook founder Mark Zuckerberg.

Peres will also give an interview which will be transmitted live on Facebook Live. Facebook members from around the world will get the opportunity to ask the president personal questions.

As part of preparations for the launch, the President's Residence asked musician Noy Alooshe, who was responsible for the Gaddafi 'Zenga Zenga' clip to produce a video clip that would be broadcast on social networks in which Peres asks web surfers to be his friends on Facebook. The clip, Be my Friends for Peace will be premiered when Peres visits the Facebook offices.

The social networks will be synchronized to allow maximum accessibility to the president's activity in real time.

"Launching a Facebook page for the president is an extremely important move to strengthening the ties between the president and the broad public throughout the globe," added the Director General of the President's Residence Efrat Duvdevani, "and it will form a platform to promote President Peres' vision of peace while offering positive exposure for the State of Israel."