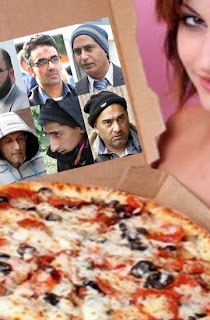 A MEMBER of an alleged child abuse ring asked his teenage victims to supply him with even 'younger girls', a court heard today. The claims were made by a witness, who cannot be identified, as part of the trial of 11 men accused of being part of a sexual exploitation ring.

The jury at Liverpool Crown Court were played a recording of the girl, then 15, giving an interview to police.

In the recording the witness, now 19, told how she had sex with defendant Abdul Rauf, a taxi driver, 'about 10 times' before she turned 16.

She told officers a friend had revealed her age to Rauf, saying: "We were in his taxi and he just asked us how old we were.

"She told him I was 15 and she was 16 and he asked if we knew anyone younger and she said she did. He told us to bring them next time."

When asked how that made her feel, she replied that she "would have been glad" because the younger girls would take attention away from her.

But she went on to say those feelings had made her feel 'tight'.

She explained: "Because then it would happen to them and I would feel bad."

She said about half that money would then go to co-defendant Abdul Aziz, accused of 'taking over' the exploitation ring,

She earlier told the court how another man, who cannot be named for legal reasons, raped her on a mattress above a takeaway after giving her vodka.

The alleged gang are accused of being part of a sexual exploitation ring operating in and around Rochdale, Greater Manchester, in 2008 and 2009.

The court earlier heard how the men used alcohol, drugs, money and threats of violence to force the girls to have sex with them.

And the jury was told how four of the girls were from broken homes while one was in care, and how they they often spent their days "unsupervised by responsible adults".