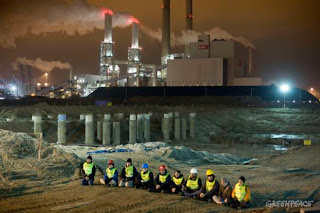 HAVING received strong support from locals asking the Government to scrap the proposed coal-fired power plant, Green SURF (Sabah Unite to Re-Power the Future) is taking the People’s Assembly Action Committee which surfaced recently, to task.

The coalition of non-governmental organisations wants the Committee to give details on a claim by its chairman, A. Nagaraju that people in Sabah’s east coast want the project to proceed.

Green SURF’s Wong Tack, who is also Sabah Environmental Protection Association (SEPA) president, said Nagaraju should answer who exactly he was referring to.

“The people have been saying no to this project from the first site in Silam, Lahad Datu and eventually the State Government said no to this location due to health and environmental considerations. When it was proposed for Sandakan, people there protested.

“We formed Green SURF last year when Sinakut was proposed as the third site. We have seen support for the coalition grow from day to day, and even individuals have come in to help us.

“We would like to ask Nagaraju who the majority of people in Sabah’s east coast who want this project are,” Wong said in a statement today.

He was reacting to a media report in which Nagaraju claimed the people of the east coast want the project to proceed in order to spur economic development.

Wong also pointed out that caps and t-shirts were given out for free to lure the public to a pro-coal rally organised by the Action Committee in Lahad Datu on Aug 21 in order to draw support.

The Federal Department of Environment (DOE) had in mid August rejected the Detailed Environmental Impact Assessment (DEIA) that was submitted by Lahad Datu Energy for the 300 megawatt plant at the shores of the globally important Sulu Sulawesi Marine Ecoregion (SSME).

Green SURF had received close to 500 copies of letters from the public addressed to the DOE questioning the DEIA and calling on the Government to reject the project.

Wong added that a poll conducted among members of the Lahad Datu Chinese Chamber of Commerce showed that 86.2 per cent objected to the proposed plant.

He added that the project has now been rejected three times, and that any appeal for it to proceed is an insult to the people and the democratic process.

Wong said even State Tourism, Culture and Environment Minister Datuk Masidi Manjun was quoted as saying he hoped any decision by the project proponent to re-submit a DEIA is “dictated by conscience and public opinion.”

“This whole issue has angered the people of Sabah. We wonder why this Action Committee is so eager to see the continuation of this project when we should be focusing our attention on finding alternatives to solve the power shortage problem,” he said.