HOPES IT IS NOT A ONE-OFF APPOINTMENT 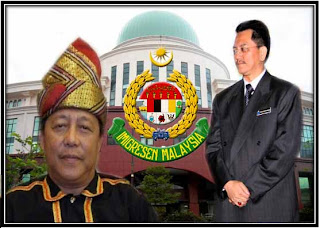 SABAH DAP would like to congratulate Mohamad Mentek the first Sabahan to be appointed Director of Immigration Sabah effective August 14th, 2010. As a professional civil servant we hope Mohamad will utilize his years of experience and local knowledge in combating the problem of illegal immigrants in Sabah.

Sabah DAP hopes that this is not a one-off appointment and is aimed at pleasing the Sabah people because of the pending 13th general election. Like the appointment of a Sabahan to the Directorship of the State National Registration Department (NRD), Sabah DAP would like to see Sabahans being groomed to continue heading these departments. Sabah DAP would also like to see a fair presentation of all the ethnic groups in the State and Federal civil service.

Sabah DAP extends our hands in friendship and we look forward to working closely with both the newly appointed Sabah Director of Immigration and also the Director of National Registration Department Sabah.

We will always be vocal about the problems involving illegal immigrants and the issuance of Mycards to them. We on our part will continue to play our role by revealing and providing information to the departments concerned that we deem are against the laws, rules and regulations of the State Immigration and NRD.