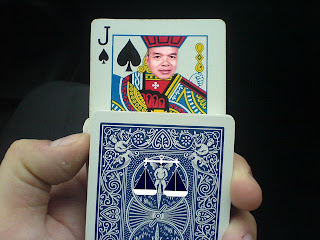 DATUK Herbert Timbon Lagadan’s statement is trying to divert the public’s attention elsewhere so as to avoid the pertinent questions raised beforehand. This art of political ‘silap mata’ is usually practiced by people who are ‘kehabisan modal’ politically. It may work some of the time but when often used, fools nobody. Herbert should not underrate the intelligence of the people of Sabah.

The idea was to ensure that only those gainfully employed were given the relevant passes to work in the State. All others were deported back. Unfortunately, there were no follow up programmes after Datuk Yong Teck Lee’s tenure as Chief Minister. It is due to the lack of comprehensive policies to regulate this issue that the problem has gotten much worse, especially so in the last 5 years. So, there is no need to feel sorry for me as I did not forget what transpired in 1997.

One should instead feel sorry for those with selective memories. Those who owes an explanation to the people of Sabah as to why PBS is no longer challenging UMNO/BN and the relevant authorities on the so called ‘Projek IC’, phantom voters, unfair delineation of elections boundaries and the all important Royal Commission of Inquiry on illegal immigrants.

These were the core issues that PBS condemned when they were in the opposition. Why are they so quiet after being readmitted into BN? Do PBS leaders really think that the issues raised by them are no longer valid? Or have they conveniently forgot?

Herbert should not underestimate that the people of Sabah cannot see through these same PBS leaders whose political struggles are for their self preservation and will kowtow to their ‘close friend UMNO’ for as long as they continue to enjoy staying in their comfort zones. This is the much highlighted collusion that erodes the Sabahans rights.

It is Herbert’s prerogative if he choose to glorify and be the spokesman for his political boss from UMNO but he has no right to ask SAPP leaders to stop being spokesman for the people of Sabah.