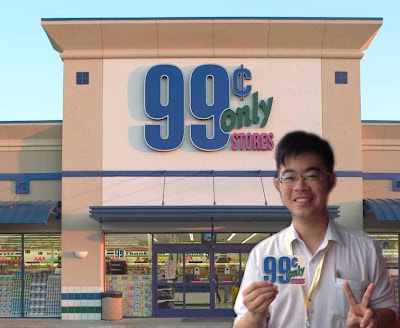 Junz claimed that the prices of general essential goods in Singapore were the same. Singapore has been practicing 1country 1price. Likewise for Hong Kong, Australia etc. That would mean everyone would be paying for the same taxes every same item they bought.

"Generally, prices of essential goods in Sabah and Sarawak are higher compared with Peninsular Malaysia due to the high cost of delivery and distribution.

"That means we Sabahans will be paying higher taxes for a similar item bought compared to West Malaysians because it is more expensive here in Sabah!" Junz elaborated.

This is extremely unfair to Sabah and Sarawak to the extent that we feel that the government is systematically discriminating the people of Sabah and Sarawak! Why should Sabahans and Sarawakians pay for higher taxes? Junz claimed.

During Prime Minister's 2013 Budget speech in parliament on 2012, he introduced Price Uniformity Scheme and various initiatives, including provision of transport subsidy to bear the cost of delivering products from Peninsular Malaysia to Sabah, Sarawak and Labuan including the interior areas.

For this, the Government has allocated RM386 million to ensure the prices of essential goods in Sabah and Sarawak as well as in Labuan to be sold at lower prices. It also included through the opening of 57 Kedai Rakyat 1 Malaysia (KR1M) stores.

"That is totally unacceptable and it only proves how inefficient BN government is in implementing policies and dealing with Malaysians welfares!" Junz said.

It was largely due to lopsided policy such as Cabotage policy & poor connectivity within the state which has caused higher delivery & logistic costs. Thus, abolishing Cabotage policy and upgrading road infrastructure with sense of urgency, would be a good start. Junz suggested.

"I will be moving a motion in upcoming State Assembly to seek for collective supports from all Sabah Elected Representatives regardless of our political differences to reject GST to be implemented in Sabah. There is no better time to show that Sabah elected representatives are putting the interests of Sabahans as their top priorities."
"Make a collective stand together to reject GST," Junz concluded.
Posted by sabahkini.net at 10:02