NO SULUK (PHILIPPINES) NATIVE IN SABAH? 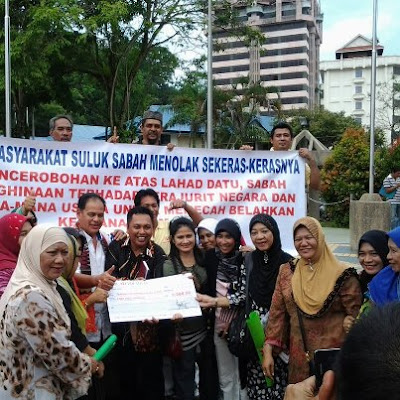 KOTA KINABALU : The Royal Commission of Inquiry (RCI) into Sabah’s immigrant problem has called for a section of the Sabah Ordinance 1964 on the interpretation of natives to be reviewed at the annual native court conference.

Herman, who sat in the five-member panel chaired by former chief judge of Sabah and Sarawak, Tan Sri Steve Shim Lip Kiong, also asked if chapter 64 of the Interpretation (Definition of Native) Ordinance should be repealed and brought to the annual native court conference, Harun said it was a good idea.

The inquiry was told there was a draft proposal by the Attorney-General’s Chambers on native family law in Sabah following then state attorney-general Datuk Roderic Fernandez’s statement that the Native Court Enactment 1992 and all the rules made in 1995 had to be revised.

However, Herman said there was no development on it and suggested that Harun bring the matter up at the next native court conference and push for the draft to be realised.

Meanwhile, Kota Marudu native Charles Magada appealed to the government to provide him and his neighbours with houses under the Hardcore Poor Housing Programme (PPRT) in Kampung Bukit Punai. He said the 100 families of Rungus and Dusuns in the squatter area had nowhere else to go once development on the new court complex takes place.