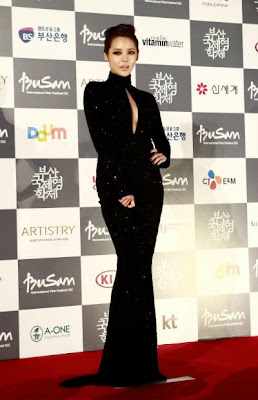 FOUR SOUTH Korean TV stars have been indicted with illegal use of the drug Propofol, a sedative and anaesthetic blamed in the death of Michael Jackson. Between them and a space of two years, they were given 433 shots in total.

Two doctors from the Gangnam district in Seoul who prescribed the drugs have also been arrested. "The doctors indiscriminately injected the drugs without consideration of the risks of addiction, to earn more cash," he added.

Propofol is a powerful sedative used as a general anaesthetic. It reduces anxiety and promotes relaxation but may cause a person to experience hallucinations.

South Korea classified the drug as a psychotropic medicine two years ago, making it illegal to prescribe or consume other than for stipulated treatments that may need anaesthesia, such as a gastro-intestinal endoscopy.

Park, a top actress who has appeared in many TV shows and movies, allegedly received the so-called "milk shot" containing the creamy-coloured Propofol 185 times from February 2011 to December 2012, prosecutors said.

All four celebrities insisted they received the injections for dermatological and plastic surgery treatments.

The arraignment against the ladies follow numerous media reports regarding the extensive abuse of Propofol in the entertainment industry, with performers using the drug to mitigate the impact of gruelling schedules.

In 2011, Dr Conrad Murray was jailed for four years after being convicted of involuntary manslaughter for giving Michael Jackson Propofol nightly for two months before his death, and on the day he died on 25th June 2009. (Reuters)
Posted by sabahkini.net at 08:29