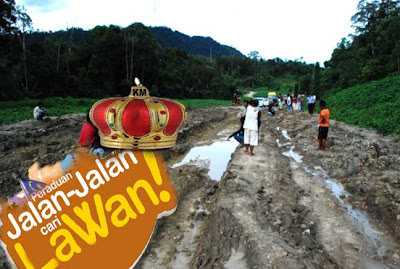 KOTA KINABALU : “The people and political parties of Sabah and Sarawak should unite under a single umbrella to safeguard Borneo rights and secure their future under the Federation of Malaysia” said Datuk Dr. Jeffrey Kitingan, STAR Sabah Chief, in response to the various opinions on opposition unity in Sabah.

Ever since the formation of Malaysia in 1963 and the ejection of Singapore from the Federation in 1965, the position of Sabah and Sarawak has been eroded and rights taken away through a series of subtle and not-so-subtle manipulations by the Federation of Malaya and their political leaders in Kuala Lumpur.

-The Malaysia Agreement was not implemented and thrown down the drain;
-The 20-Points have not been complied with;
-The Head of State has been downgraded from “Yang DiPertua Negara to “Yang DiPertua Negeri” in 1975”;
-Sabah’s oil and gas resources had been unjustly and unlawfully vested to Petronas in 1975;
-Sabah’s federal taxes and other revenues are siphoned wholly by the Federal government to the tune of a whopping RM38 billion in 2012 and another RM40 billion is targeted to be collected in 2013;
-Sabah’s population demographics and political franchise are changed forever with the unwarranted issuance of dubious MyKads and ICs to unqualified foreigners born outside Sabah;
-Sabah’s security has been totally ignored as can be seen in the recent Lahad Datu intrusion by armed foreigners, many alleged to be holding ICs and Umno memberships;
-From the second richest State in 1970s, it is now the poorest in the country.

Even the history of the formation of Malaysia is twisted and the false re-written history is taught to our young in schools. Malaysia never existed before 1963 and never gained independence. Yet we have been made to celebrate Malaya’s independence since 1963 instead of Malaysia Day and Sabah’s Independence is cast aside and not even confined to the history books as if it never happened.

The Umno/BN propaganda machinery and brainwashing have been so complete that the young generations have lost their thought that Sabah and Sarawak are not supposed to be subservient States to Malaya/Malaysia but equal partners with special rights equal to Malaya.

If the “2-Party System” is entrenched in Sabah and Sarawak in GE-14, the special rights and autonomy of the Borneo States will be lost forever and Sabah and Sarawak will be downgraded to and remain as the 12th and 13th states of Malaya/Malaysia forever.

It is therefore imperative for Sabahans and Sarawakians to stand united under a single Borneo umbrella, both at state-level and jointly, which can champion and safeguard their rights and autonomy.    We cannot rely on Malayan political parties, which sometimes have conflicting agendas, and their local proxies and stooges to safeguard Sabah and Sarawak rights and interests.

The common platform for Borneo unity is already available under the UNITED BORNEO ALLIANCE (UBA). It is a matter of getting the relevant parties to work together and forging ahead to re-claim Sabah and Sarawak rights and autonomy.

The strength of Borneo unity and role of Sabah and Sarawak as “Kingmakers” cannot be more emphasized than the position of the MPs from Sabah and Sarawak after GE-14 which has contributed a record 11 Ministers and 10 Deputy Ministers and with their own ministries unlike being “Menteri Jalan-Jalan” without portfolios under the PM’s Department in the past.

Not only are the rights and autonomy of Sabah and Sarawak are at stake. The future of all Sabahans and Sarawakians are at stake.   These rights, autonomy and future can be secured by a united opposition under UBA, both at state and joint Sabah/Sarawak levels, and there is no better alternative at the moment.
Posted by sabahkini.net at 09:32