CONSTITUTIONAL RIGHT SHOULD NOT BE ABUSED 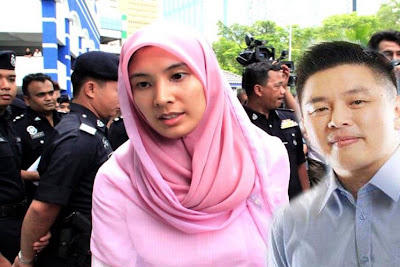 MP Nurul Izzah Anwar was on her way to celebrate Kaamatan with her fellow Malaysians when she was held back by Sabah Immigration allegedly under Sabah Chief Minister Department’s instruction before being forcibly deported back to Semenanjung Malaysia.
I condemn this act, more so because Izzah was visiting Sabah to celebrate Pesta Kaamatan in her personal capacity. It makes it all political with no purpose and hurt our state’s reputation as hosts.

Nurul Izzah arrived at Kota Kinabalu Airport around 6.45pm via Air Asia on 30th May 2013 and was to return back on the evening of 31st May 2013 to Semenanjung Malaysia.

Immigration Department Sabah informed YB Nurul Izzah that the Chief Minister’s department had decided to bar her and many more personalities from Peninsula Malaysia from entering Sabah henceforth.

The right of entry is Sabah Government’s constitutional right but it should not be abused, more so since there are evidence (as revealed in the ongoing Royal Commission of Inquiry) that illegal immigrants have entered and not confronted by the same level of scrutiny as the re-elected parliamentarian of Lembah Pantai and my party’s (KeADILan) vice-president.

Why is it that Malaysians joining a festive celebration with fellow Malaysians especially the Kadazans from Sabah and in Sabah now a reason for denial of entry?

I personally met at the airport while waiting for YB Nurul Izzah the many Malaysians from West Malaysia (who took the same flight with YB Izzah) who had told me that they came to Sabah to join in the Kaamatan festivity at KDCA, Penampang. They were equally concerned that YB Izzah was detained by Sabah Immigration and this has indeed shamed us in Sabah.

Nurul Izzah is an elected MP, a mother of two, a loving wife and poses no threat at all to the security of my state. The Sabah Immigration Department and those instructing it to carry this order should be ashamed of themselves. I challenge the Chief Minister and the State Cabinet to explain to the people of Sabah and Malaysia as a whole why this act had happened.

DARELL LEIKING
Member Of Parliament, Penampang
Posted by sabahkini.net at 11:55