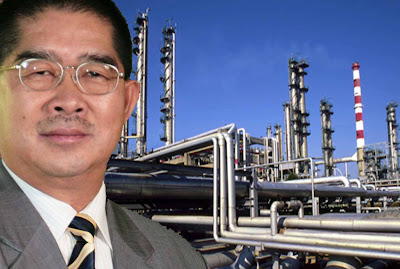 THE NEW Minister of Energy, Green Technology and Water Datuk Seri Dr Maximus Johnity Ongkili said his Ministry will continue to improve the power supply situation in Sabah. He said this to reporters  after attending a briefing on the development of Sabah’s electricity supply at Wisma SESB (Sabah Electricity Sdn Bhd) on May 22nd, recently.

Focus will be given to reducing power outage occurrences, that is, to reduce the System Average Interruption Index known as SAIDI, revealed the Minister.

It was disclosed at the briefing that over the last five years, SESB has reported a significant decrease in power outage occurrences from 2867.24 minutes in 2009 to 556.86 minutes per user last year.

This year, Ongkili raised the improvement bar further by setting a target of 450 minutes per user for SESB. He revealed that  the SAIDI figures have come down to  150.3 minutes per user by May 19th this year. Setting an aim, the Minister wants to halve power interruptions to 225 minutes per user within the next two years.

“Within the same period, SESB is also expected to increase its Reserve Margin to 30 or 40 percent with the completion of two Independent Power Plants (IPPs) of Kimanis Power Sdn Bhd and SPR Energy (M) Sdn Bhd,” said Ongkili. The IPPs are scheduled to begin operations later this year.

The Minister  also disclosed the government’s ongoing efforts to find  an acceptable alternative to the the proposed coal-fired power plant in Lahad Datu that was scrapped following massive protests by environmentalists and the public in general. According to him, the Federal Government, Tenaga Nasional Berhad (TNB) and Petronas are in the final stages of discussion pertaining to this issue. The Upper Padas dam proposal is also being finalized by the Federal Government.

According to the Minister, since the management of Sabah Electricity Board was taken over by SESB in 1998, power supply has quadrupled to cater to a 100 per cent increase of power usage. He said his Ministry will try its utmost to ensure cost efficiency while at the same time  increasing the production capacity of the power plants in Sabah.

The Minister said besides decreasing SAIDI, his Ministry  will also strengthen SESB’s finances to ensure improvement of the company’s production capacity in a cost efficient way.

He told reporters that the tariffs collected by SESB could only finance 80 per cent of SESB’s operational costs, and that  TNB and the Federal Government have to absorb the remaining costs. He said currently, the electricity tariff in Sabah is 30 per cent lower compared to other places in Peninsular Malaysia. (Insight Sabah)
Posted by sabahkini.net at 12:10