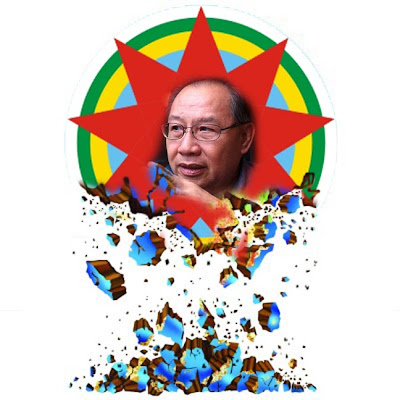 POLITICAL observers claim STAR was on the back foot in the media propaganda wars adding that "discipline was low and decisions not always right."

When I initially wrote quite some time ago that Star -- the way that UBF was going -- could get only one parliamentary seat and two state seats at the most, they were very angry with me, and badmouthed me all over the place.

In that sense, they were competing with Sapp which I predicted would get zero seats since it was an irrelevant party. To add insult to injury, it (Sapp) refused to apologize to the people of Sabah for 1994.

Why should Jeffrey be surprised by GE13, unless he got carried away by his own bullshit!

Jeffrey, for some reason, didn't allow party leaders to come out from his shadow. That was a cardinal sin. He was also more concerned about not souring relations with other parties in the Opposition although they had no qualms about tearing into Star at every opportunity they could get.

Also, the voters were misled by Pakatan Rakyat propaganda that Malaysia including Sabah and Sarawak should have a two party/coalition system and that Star was sponsored by the Barisan Nasional (BN) to split Opposition votes.

If anyone wants to leave Star because of GE13, it would be a blessing in disguise. There are many BN rejects in the party. There's a lot of time to quarrel before the Sarawak state election. The party needs those who are ideologically committed.

Star has a bright future in Sabah and Sarawak because of the Malaysia Agreement.
Posted by sabahkini.net at 10:32