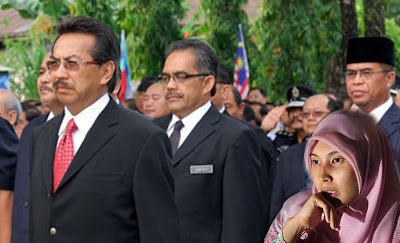 KOTA KINABALU :  “The Chief Minister should now clarify why YB. Nurul Izzah was denied entry into Sabah while countless Pakistanis and Indians have not only been welcomed with open arms but also granted citizenships and the right to vote,” said Datuk Dr. Jeffrey Kitingan, STAR Sabah Chief, in a press statement.

It would only be wise of the CM if he state his stand as his continued silence can only mean that Nurul was barred from entering Sabah due to political reasons and a misuse of the immigration powers accorded to Sabah under the Malaysia Agreement.

If the rejection of Nurul is due to a mistake, of which YB. Datuk Bung Mokhtar, has openly opposed the decision and acknowledged it as a big mistake and needs to be corrected, the CM should own up and apologise for the error or misjudgment.

There can be no plausible explanation as Nurul was supposed to be visiting Sabah to celebrate the on-going Kaamatan celebrations, which is unique to Sabah only.

Welcoming our fellow Malaysians from across the South China Sea especially during the Kaamatan festival can only assist in forging racial harmony and national integration.  It could not be a more opportune time more so when the politicians from West Malaysia are locked in acrimonious dispute after the recent general elections and raising racial tensions.

Welcoming Nurul will also send the right signals to our overseas tourists in visiting Sabah, where the tourism industry is a major industry and income earner for Sabahans.
Posted by sabahkini.net at 22:31