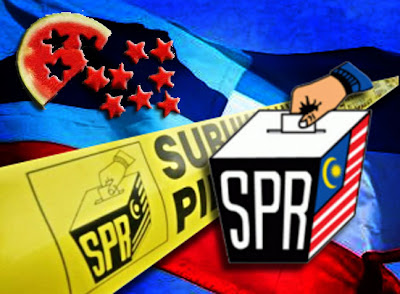 KOTA KINABALU: The UK-based Borneo Plight in Malaysia Foundation (BoPiMaFo) is in full support of Upko's stance that the proposed redelineation of electoral boundaries must strictly adhere to the spirit of the Malaysia Agreement.

The Upko Kota Belud Deputy Chief, Ewon Benedick, had stated argued that Sabah and Sarawak are not ready for the one-vote-one-value voting system as both states will see its representation in Parliament reduced to only 15% from the present 25% or 56 of the total 222 seats.

BoPi MaFo's President, Daniel John Jambun warned in a statement here that the redelineation exercise can be implemented to further erode Sabah and Sarawak's position as equal partners in the Federation.

He said that consistent with the spirit of the 20 Points, both states should have 34% of the parliamentary seats, and it is for this reason that  Sabah and Sarawak must never surrender any seat -- parliament or state seat -- to any Malayan-based parties, but defend it by all means.

"Local opposition based party must unite and fight for their rights consistent with the Malaysia Agreement, the 20 Points, the IGC Report and the Oath Stone, both in letter and spirit. Allowing any seats to be contested by KL parties tantamount to surrendering the rights of the Bornean states.

"But as it is now, most of these seats have been robbed by KL-based parties -- Umno, MCA, and Gerakan from BN, and DAP and PKR from PR," he said. "The usual excuse is that the candidates of these parties are still from Sabah, but we can't deny the fact that the parliamentarians who have won on these parties' tickets are subservient to their Peninsular parties.

"We have to understand that the very purpose of the 34% seats that Sabah and Sarawak have is not only to represent the two states but to enable us to veto any negative laws that Kuala Lumpur may decide to impose on the Borneo states.

"Any seat transferred to a Peninsula-based party will be our serious loss because the parliamentarians will not be able to speak firmly for Sabah, simply because they have to toe the line with their Malayan political bosses.

"What we are worried about is that the federal government may be ignorant about Sabah rights as promised as special arrangements in the many documents such as the Malaysia Agreement the 20 Points, the Cobbold Commission Report and even the Oath Stone,"Jambun said. "This worry is strongly founded by the fact the during the recent campaign, the Prime Minister was making statements betraying his ignorance of Sabah history and Sabah rights.

"For example he, just like the PKR supremo Datuk Seri Anwar Ibrahim, didn't know that Sabah's autonomy was a special arrangement promised before the formation of Malaysia. If the federal leaders are still this ignorant, or feigning ignorance, then we are bound to lose a lot more with this redelineation exercise.

"There is also the real danger that the Barisan Nasional will use this exercise to strengthen its grip on the two states, which it considers to be its fixed deposits. I commend Upko for its strong stance, but it should be consistently fighting for Sabah rights from now on. It should also ask itself up to what limit it will fight for Sabah rights. Will Upko be daring enough to leave BN if the coming redelinenation exercise will not adhere to the spirit of the Malaysia agreement?" Jambun asked.
Posted by sabahkini.net at 10:28