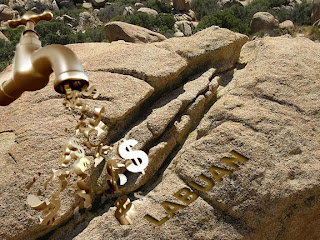 WITH refer to the article dated on 25/11/2011 by Borneo Post Newspaper that Peninsular Malaysia Manpower Director General, Datuk Sheikh Yayah said the offence ordering Maid to do outside jobs or extra work at night even helping their own employer looking groceries shop by paying the maid extra money will be fine RM500,000 or jail 3 to 20 years.

Do you think employers will take a gun and point the maid to do extra job without paying extra money to them? if that really happen the maid can always report to labour department and resigned or report to the Police.

Fine RM500,000 and jail 2 - 20 years for Anti Trafficking on the employers to do extra job is crazy and ridiculous and the real culprit who import foreign women for the purpose of prositution should be punish under this Act not employer of maid.

Manpower DG, Please tell the Citizen of Malaysia how many people import foreign women for prositution were charge under the mentioned act.

For example, Labuan entertaiment outlet given waitress permit but the bosses ask them to work as prositutue and the whole world know except Manpower Director General Datuk Sheikh doesn't know or probably he never visit Labuan before and for his info, we will like to tell him that now Labuan has become the island of Philippine and Indonesian ‘Vagina’ (Prositution). The Act should goes to this entertainment outlet bosses in Labuan.

As a top level goverment servant he or she should think before talk because it will make the rakyat angry with the Goverment. Indonesia ban their people to work in Malaysia is not because the indonesia maid being torture by Malaysia employer and we also don't deny like a case the employer pour hot water to their maid few years ago, but i think other country may also have such employer too who ill treat their maid but i think is rare. The ban is because their citizen is being cheated by Indonesia and Malaysia syndicate to bring them here to work as prositute.

If the maid feel unhappy with their employer she can resign or go to the police to report if being ill treated. The fine under Human Trafficking in person and anti smuggling of migrant act 2007 on employer for giving extra work is really unreasonable. If the employer is caught with misues the permit of maid then is a diffrent story.

Labuan karaoke are given 30 to 80 qouta for waitress and the entertaiment bosses misuse the quota for prositution and the Manpower DG should charge them under this Act. Action and talk sense which now the rakyat want not just bark with action and only scape goat were caught.