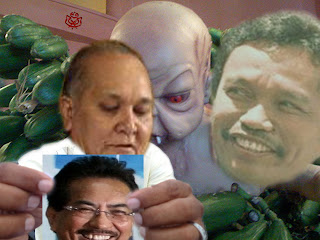 "That Sabah is among the top states that has achieved sound financial management with the clean bill certification awarded by the Auditor General for 11 years in a row proved that the Barisan Nasional Government under Musa's leadership has not betrayed the trust of the people," he said.

He said as such, the call for Musa to be replaced as Chief Minister by some quarters was not right.

"Musa has guided the State on the right path and should continue to lead Sabah so that the people can benefit and make Sabah properous," said Ambrose.

He said the 2010 Auditor General Report also showed several actual figures that reflect the highest achievements in the State's financial history, such as the State Reserves exceeding RM3 billion, State Revenue exceeding RM4 billion, actual surplus amounting to RM730 million, development expenditures at RM1.17 billion and no arrears on Federal loans (Sabah Government paid all its dues) and these proved that there is no question about Musa's capability in leading the State to greater heights.

"Musa has always paid attention to the people's needs and welfare and with his excellent record, we should all fully support him to lead the next general election and continue to be the Chief Minister," said Ambrose.

He described the budget presented by Musa as the best ever, such as bonus for civil servants as well as 'sentuhan kasih’ (caring touch) allocation of RM500,000 to each State constituency.

Ambrose said with a record RM4.084 billion to be spent by the State Government, the state will be more prosperous, with Sabahans benefiting greatly from it.

"The budget is certainly a windfall for the people and we are all thankful that Musa has not disappointed us at all," said Ambrose. (DE)