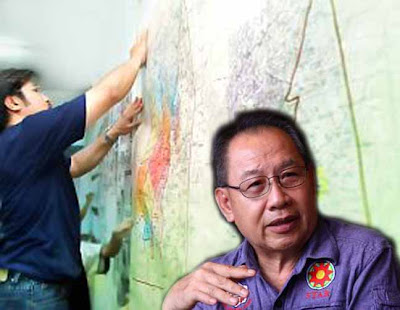 KOTA KINABALU : “The redelineation of parliamentary constituencies must take into account and restore constitutional safeguards for Sabah and Sarawak and ensure that federal parliamentary seats for Malaya should not be more than 65% as agreed upon from the outset during the formation of Malaysia” said Datuk Dr. Jeffrey Kitingan, STAR Sabah Chief, when asked to comment on the proposed redelineation exercise to be undertaken by the Election Commission.

The uniqueness of the special position of the Borneo States in the formation of Malaysia has resulted in constitutional safeguards being agreed upon and provided for to ensure the rights of Sabah and Sarawak were not diluted or removed over time by the federal lawmakers from Malaya.

It was recommended by the representatives of the Malayan government in the Cobbold Commission and concurred by their British counterparts that “representation of the Borneo territories in the Federal Government shall take account not only of their populations but also of their size and potentialities”.  This was set out in paragraphs 190(g), 165 and 236(a)(i) of the Cobbold Commission Report.

One of the reasons for Sabah to agree to form Malaysia was the need for development.   The reason for considering size and potentialities would also expedite development in Sabah.   For instance, Kinabatangan District is as big as the State of Pahang and represented by a single MP and Keningau District with an area of 3,533 sq. km. shares its MP with Tambunan District but is larger than the combined area (3,505 sq.km.) of Penang, Malacca and Perlis which has a combined 26 MPs.

Imagine the disparity in allocations for the MPs and development funds?    It is not rocket science why Sabah lags way behind in development.

In addition, the EC must involve the Sabah State Government in the proposed redelineation exercise as envisaged and agreed upon by the founding fathers of the Federation of Malaysia as provided for in paragraph 30(1) of the Inter-Governmental Committee (IGC) Report which states that:-

30.    (1)   It is mentioned in other parts of this Report that the Federal Constitution should provide that certain provisions relating to the Borneo States should not be amended or repealed without the concurrence of the Government of the State concerned.  These provisions relate to immigration, citizenship, representation in the Federal Parliament and the High Court of the Borneo States. …………

Whether unintentional or devious, the ratio of parliamentary seats for Malaya was manipulated through the years from 65% in 1963 (with 104 out of 159 seats) to the current 75% (with 166 out of 222 seats) which renders constitutional safeguards meaningless for Sabah and Sarawak.

“Therefore, the redelineation exercise in the 50th or golden jubilee year of the formation of Malaysia provides a golden opportunity for both the Barisan Nasional and Pakatan Rakyat lawmakers to rectify a grave mistake of the past and restore the special position of Sabah and Sarawak in the Federation” added Jeffrey.

It also provides the golden opportunity for the Prime Minister and the Prime Minister in waiting to put their words into action with regards to honouring the autonomy of Sabah and Sarawak and the latter whose Buku Jingga and the Kuching Declaration had promised to honour and respect the spirit of the Malaysia Agreement.   They need to show that they mean what they say and that their words are not election gimmicks.

It is also a golden opportunity for the MPs from Sabah and Sarawak to fulfill their moral and legal duty to use the redelineation exercise to restore the ratio of lawmakers from the Borneo States to 35%.

The people of Sabah and Sarawak are not the only ones watching them, the whole world will be watching them and awaiting their decisions and their counterparts in BN and PR too.
Posted by sabahkini.net at 08:00