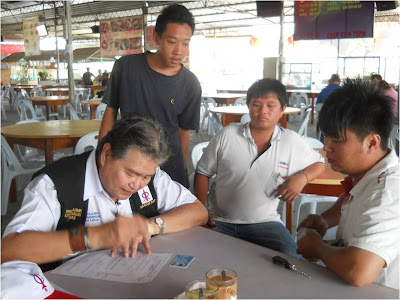 During the registration process of new voters, there were numerous public complaints brought to the attention of Dr Benjamin Yapp, who is also Sabah DAP Rural development Bureau Chairman.

Among them were grievances and complaints from the local communities relating to poor delivery system by the local authorities pertaining to the indiscriminate distribution of welfare aid to deserving senior citizens, and single mothers. Inadequate assistance and facilities provided for the hardcore poor, no proper advice given to local bumiputra entreprenuers.

Sabah DAP urged the local authorities to address the problems of the local residents of Keningau as their socio-economic development had been adversely affected and the wellbeing of the local communities, particularly the lower income and hardcore poor in the interior had been denied for so long.

Many rural people and school leavers were unemployed and not being offered the opportunity to further their studies or, obtain employment in both the public and private sector organisations. Many rural youths turned to vice activities and syabu had been reported in the interior.

The Government should endeavor to create more attractive incentives on job opportunities, creative and innovative skill and entrepreneurial training programs as well as modern facilities to enable the rural youths and jobless people to participate in socio-economic development programs towards the alleviation of poverty  in the interior stated Dr Benjamin Yapp.
Posted by sabahkini.net at 08:42