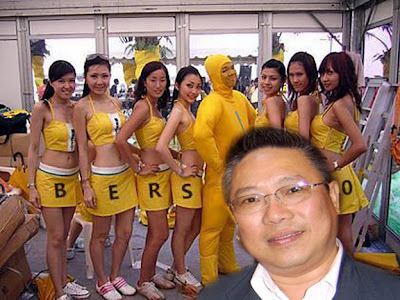 MALAYSIAN Civil Liberties Movement (MCLM) fully backs BERSIH Sabah, according to MCLM Sabah Chief, Michael Liew. According to Liew, “Based on our understanding, BERSIH Sabah never applied to use Padang Merdeka.
They had issued letters of notification to both PDRM and DBKK of their activities on 17th of April 2012.”

According to section 9(1) of the newly enacted Peaceful Assembly Act, an organiser shall, ten days before the date of an assembly, notify the Officer in Charge of the Police District in which the assembly is to be held.

This provision was fully adhered to by the representatives of BERSIH Sabah.

Following the discussion that took place between PDRM and DBKK with BERSIH Sabah representatives on 24th April 2012, BERSIH Sabah issued a statement which confirms that DBKK and the KK PDRM does not have any objection for the movement to gather at Padang Merdeka on April 28th.

Both parties also confirmed that there are no restrictions as to the dresscode, i.e. the participants are free to wear yellow and green t-shirts in support of BERSIH and Himpunan Hijau.

This statement is also based on the movement’s endorsement, and planned support and attendance of the public event organised by DBKK at the same location. DBKK had confirmed that it will not restrict BERSIH participants, who are also members of the public, from attending the planned programmes.

However, on 26th April 2012, DBKK issued a counterstatement denying that the city council had approved the gathering to be held at Padang Merdeka.

Liew further reiterates that if a permit was never applied for, how can DBKK approve it?

“As DBKK did say it is a public event, then there should be no objection to the attendance of BERSIH supporters as long as they are there to assemble peacefully” he said.

Peaceful assemblies such as those organised by BERSIH are also further supported in the Peaceful Assembly Act under Section 2, where it is stated that the objects of this Act are to ensure—

(a) so far as it is appropriate to do so, that all citizens have the right to organize assemblies or to participate in assemblies, peaceably and without arms; and

(b) that the exercise of the right to organize assemblies or to participate in assemblies, peaceably and without arms, is subject only to restrictions deemed necessary or expedient in a democratic society in the interest of the security of the Federation or any part thereof or public order, including the protection of the rights and freedoms of other persons