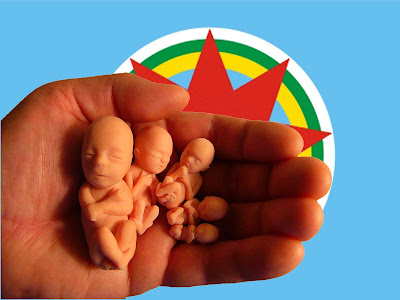 FORMER Sabah State Secretary, Simon Sipaun’s Democracy Sabah (Desah) NGO wants to host public debates in the state as part of its efforts to ensure one-to-one contests during the forthcoming 13th General Election “in line with the goal of further entrenching the two-party system in the country”.

Star has been quick to offer to debate all and sundry but so far there have been no takers, according to the party’s deputy chairman Daniel John Jambun.

Still, “just in case” the debates materialize, the party has been busy preparing its material for any face-off in public.

The party, led by Jeffrey Kitingan, agrees in principle with Simon’s idea of one-to-one contests but begs to disagree with the idea of a two-party system.

Instead, the Star-led United Borneo Alliance (UBA) wants a 3rd Force in the Malaysian Parliament. Such a force, according to Star, would be the result of a Borneo-based national political alliance emerging to rival the Peninsular Malaysia-based Barisan Nasional (BN) and the Pakatan Rakyat (PR). The latter, it’s being pointed out, are national political coalitions/alliances as well.

Star reiterates that a Borneo-based national alliance, if not a coalition, as a 3rd Force in the Malaysian Parliament will steer evenly between BN and PR. Alternatively, the 3rd Force will be unique in the sense that initially the bulk of it will not only be nameless, but faceless as well, and working across the political divide forged by BN and PR.

The elements of the 3rd Force are expected to crystallize around Sabah, Sarawak, the Orang Asli, Christians, minorities and fence-sitters in Peninsular Malaysia and the Indian community.

Such a 3rd Force is seen as the best guarantee in Parliament of Sabah, Sarawak rights including autonomy.

No doubt this is an idea whose time has come.

The best analogy that comes to mind to illustrate what is in the best interest of Sabah and Sarawak, muses Daniel, is the approach of the American media on news coverage: everything American, no matter how unimportant to the rest of the world, is important, and must be carried; anything non-American carried must have significant American interest; anything that does not fall into these two categories can still be carried, but only as fillers, provided they are entertaining.

Hence, the observation that it's more than likely that an item on a man in Kudat, who shinnies up a coconut tree and refuses to come down for ten days, is more than likely to be carried in the American media than any part of Star’s public debate material which has self-determination as the underlying theme.

In short, taking a leaf from the approach in the American media, Sabah and Sarawak interests must come before all else.

Patently, in order to forge this independent approach in perpetuity, the two states in Malaysian Borneo “cannot afford to have our politics held to ransom by local traitors who are more than willing, for the proverbial 30 pieces of silver, to kill each other in order to be proxies and stooges of the parti parti Malaya in Sabah and Sarawak to enslave the rest of us”.

That’s the main campaign line being propagated in Sabah and Sarawak by the United Borneo Front (UBF), a UBA member, during its Borneo Tea Parties from Tawau to Kuching and Kuala Lumpur.

These parti parti Malaya and their local proxies and stooges, according to Daniel, “bribe us with crumbs from the scrap heap. They bribe us with our own money after robbing us blind of our oil and gas and all other revenue sources”.

It’s no great secret why these parties want to grab “our seats in the state assembly and Parliament at our expense” through the politics of divide-and-rule, according to Jeffrey. “They want to further strengthen and entrench internal colonization policies in Sabah and Sarawak.”

“Such policies continue to marginalise and disenfranchise us all,” chips in Daniel. “They reduce our children, grandchildren and the generations unborn to permanent slavery as the only prospect for them in Malaysia.”

Nevertheless, Star is holding out an olive branch at the same time to the parti parti Malaya who want to be in Sabah and Sarawak.

“They must incorporate locally and give full autonomy to the locals,” according to Daniel, “and change their names as well”.

So, it seems that it cannot continue to be politics as usual in Sabah and Sarawak if the UBA has its way.

It can be conceded that the system of party politics has failed in Sabah and Sarawak, as pointed out by Jeffrey, as it has failed in Peninsular Malaysia.

If that’s the case, the country needs more than a regime change.  It needs a system change as propagated by Pakatan Rakyat.

Here, Star appears to be more than on accord with PR.

Opposition leader Anwar Ibrahim’s take on a Royal Commission of Inquiry (RCI) on illegal immigrants in Sabah is cited as a case in point.

Star’s position is that Anwar was part of the problem of illegal immigrants getting onto the electoral rolls in Sabah. That's said to be the reason why he's calling for a National RCI on illegal immigrants instead of one on Sabah.

Star does not see the illegal immigrants in Sabah as an issue per se and points out that it is a worldwide phenomenon especially since globalization.

“Even in the US, there are 13 million illegal immigrants,” notes Daniel.

The issue in Sabah is illegal immigrants being provided with Malaysian personal documents via the backdoor, he continues, “and they go on to enter the electoral rolls, obtain instant Native status and deprive the locals of their opportunities under the Constitution.”

The bottomline is that Star, as a party, sees itself as unique in all of Borneo and indeed across the South China Sea in Peninsular Malaysia.

The spirit of this can be captured in Star’s proposed vision, mission, objectives, goals and activities which are on the drawing board:

Vision: Sabah and Sarawak are equals of Malaya (Peninsular Malaysia) in the Federation of Malaysia;

Objective: To build a 3rd Force in Parliament by forging a Borneo-based national political alliance across the political divide to rival the Peninsular Malaysia-based Barisan Nasional and Pakatan Rakyat;

Goals: United Borneo Alliance to go for broke in every parliamentary and state seat in Sabah and Sarawak and Star to contest the 67 3rd Force parliamentary seats in Peninsular Malaysia identified by Hindraf Makkal Sakthi;

Activities: Star to acquire all other political party branches in Sabah and Sarawak in seats which they don't represent; to engage in public debates; and to step up the Borneo Tea Parties for propaganda purposes, ensure a 100 per cent voter turnout to defeat the illegal immigrants on the electoral rolls and to fill the war chest with public contributions.

Again, under Star's 60/26 approach in Sabah, the focus would be on eight main points:

(1) the 13th GE as a Referendum on the parti parti Malaya stealing seats which belong to Sabah/S'wak and thereby further compromising their autonomy;

(2) Restoring the balance of power in Parliament with Peninsular Malaysia having one seat less than two-thirds;

(4) Restoring the autonomy of the two states;

(5) The question of Star being greedy for seats or otherwise “does not arise since cannot be accused of being greedy in one's own household;

(6) The locals in the parti parti Malaya in Sabah/S'wak are “traitors who are willing to be their proxies, stooges and slaves”;

(7) If the parti parti Malaya want to be in Sabah/S'wak, they must incorporate locally and give full autonomy to the locals and change their names; and finally;

The full cycle comes back again to the 3rd Force in Parliament.

In the aftermath of the 13th GE, it’s being whispered, the 3rd Force – if it comes into its own -- will be more likely to favour a BN-led Federal Government in Putrajaya at least for the immediate run.

In that case, the 3rd Force is not expected to participate in the Federal Cabinet but will merely lend support to the BN in Parliament and the state assemblies on an issue-to-issue basis.
Whether the 3rd Force will be willing, in return, to accept other positions in Government remain to be seen.

The 3rd Force does not rule out a Federal Government initiated, formed and led by it in alliance with either BN or PR.

In that case, the 3rd Force is expected to have a credible number of seats in Parliament but nevertheless still much less than the other two main parties.
Posted by sabahkini.net at 08:52