RIHANNA DOES NOT GET ENOUGH SEX 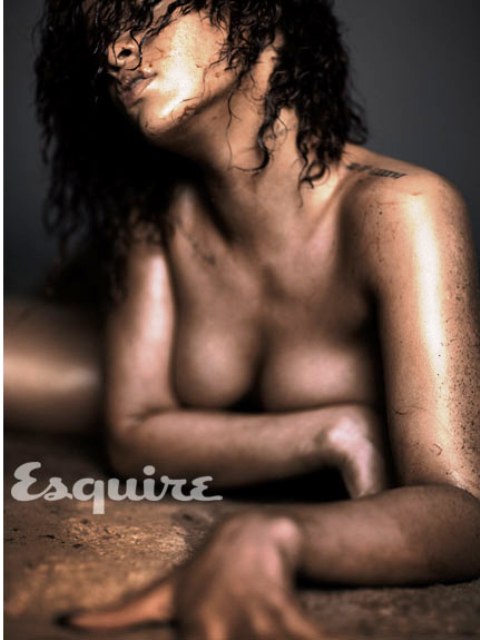 Randy Rihanna has revealed why her songs are so filthy because she doesn’t get enough SEX. The singer, 24, admitted she feels unsatisfied in the bedroom department. So she sings about romps to make up for it.

And the star, who has been showing off her figure on a Hawaiian hol, reckons fellas are missing out — because she’s a 'fearless' lover.

She said: “My last album Talk That Talk was true to where my head was at that moment, like all my albums.

“I was having a lot of naughty thoughts — because I wasn’t getting any action. That came out in the music.”

The Barbados beauty boasts of being a force to be reckoned with between the sheets — and always makes sure she is satisfied.

She said: “People get into the idea of pleasing others, and forget about pleasing themselves.

“I think my best quality is being daring, spontaneous, risky and fearless. It’s empowering when you do it. To me, sex is power.”

Rihanna’s reputation as one of the world’s raunchiest singers was bolstered by lyrics in her 2011 track Red Lipstick. It includes the lines, “Let me grab my t** while you sit on top.

“Do you right here while the whole world’s watching.”

She has had flings in recent months with Brit boxer Dudley O’Shaughnessy, 22, who appeared in her We Found Love video.

He was closely followed by Demi Moore’s toyboy ex Ashton Kutcher, 34 — who she partied with until 4am last month. (thesun.co.uk)