RM500 FINE FOR NOT CARRYING MYKAD 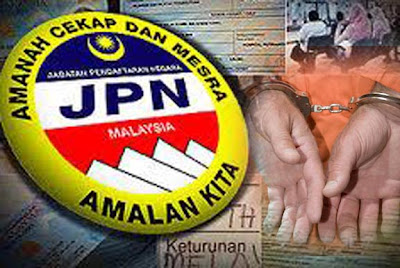 THE Magistrates’ Court here yesterday fined a local man RM500, in default two weeks’ imprisonment for not having his MyKad with him. Chai Tze Wei, 32, pleaded guilty to the offence before Magistrate Pradeep Singh Arjan Singh.

He was charged under Section 25 (1) (o) of the National Registration Regulations 1990.

At about 10.30am on April 25, policemen arrested him in front of Kuching Police Headquarters after he failed to produce his MyKad when asked.

In the same court, a 20-year-old man was sentenced to six months’ jail for possessing stolen property.

Sylvester Kenta was charged under Section 411 of the Penal Code, which provides for a minimum six months’ jail, not exceeding five years and a possible fine.

Cops caught him near Tabuan Jaya where they seized from him a motorcycle which matched the details of one reported stolen on Nov 9, 2011.

The blue Yamaha SR-X worth RM4,300 was reported stolen from the front of a clinic in Kota Padawan. (theborneopost)
Posted by sabahkini.net at 23:56