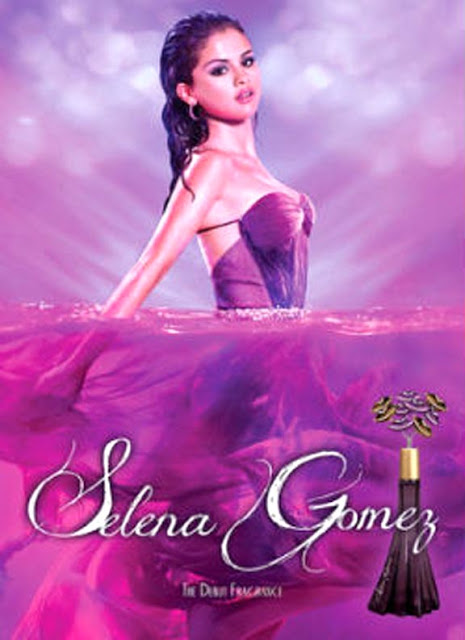 FRAGRANCE .....Selena Gomez releases a fragrance that's named after herself.

YOUR albums are selling well and you've been getting film offers. So what's a pop princess' next step towards pop domination? Releasing a perfume that's named after yourself, of course.

That's what Selena Gomez does exactly. The former Disney darling looks all grown-up in the ad promoting the product, going for the wet-look by getting into a tank full of purple-coloured water in a purple strapless dress.

Describing the fragrance as "really yummy and refreshing", Gomez, 19, went on to say: "It's just classic. It's just one of those scents that's really not overbearing, but it kind of stays with you."

Just in case you are wondering, her 18-year-old boyfriend Justin Bieber has tried the perfume and "Yeah, he likes it," confirmed a smiling Gomez.

So what prompted the teenager to join the bandwagon of celebrity fragrances?

"I like smelling nice. I have over 20 perfumes at home, so it's something I've always been interested in doing," she told E! Online.
Posted by sabahkini.net at 10:06