RIVER DOLPHINS MAY BE EXTINCT IN 15 YRS 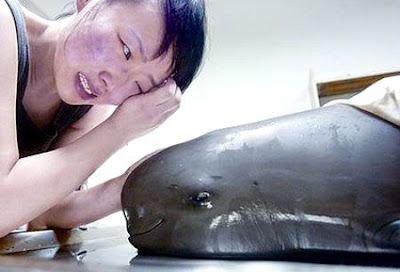 FINLESS porpoise is the last surviving mammal in China's Yangtze River after the extinction of the white Yangtze River dolphin. But now, the species - commonly called river dolphin - is also facing extinction due to human impact – fishing with dynamite and electric current, draining of habitat, dredging, river traffic and pollution.

Chinese scientists believe the mammal – which has been around for 25 million years - would be extinct in some 15 years if nothing is done to protect them.

Since January, more than 20 river dolphins were found dead in China.

Post-mortems showed that most of them had starved to death and one was severely injured by a boat's propeller.

Today only around 1,000 finless porpoises live in the Yangtze River, including around 80 in Dongting Lake and some in Poyang Lake.

The river dolphin has long been considered a signal of coming storms. 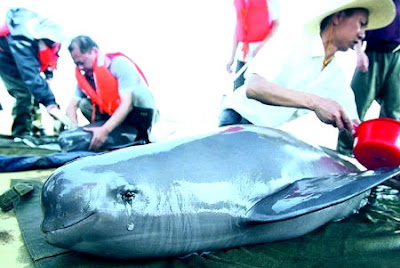 River dolphins need to breathe fresh air through their lungs and when the air pressure falls ahead of a major storm, they jump out of the water and fishermen know it’s time to head home.

An adult male river dolphin can grow up to two metres long and weigh as much as 220kg.

The mammal is highly intelligent and is said to have an IQ as high as that of a chimpanzee.