SHAFIE APDAL, NO SEX SCANDAL AT ALL? 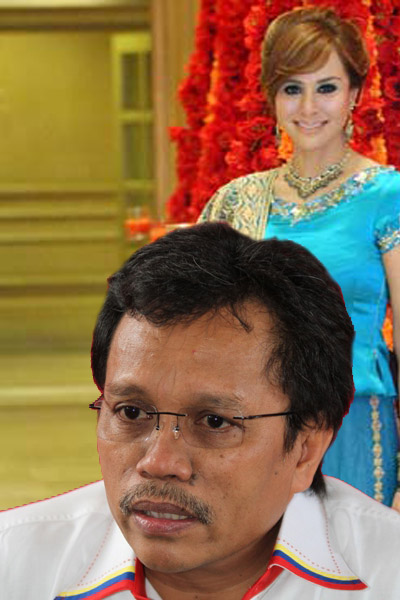 IN A country that is no stranger to sex scandals in politics, the latest flare-up has been one of the strangest of all. Most notably, it came to broad public attention only because the man at the center of it, Minister of Rural and Regional Development and UMNO Vice President wannabe Chief Minister of Sabah, Datuk Shafie Apdal, made a plaintive declaration, that there had been no scandal at all.

Shafie, minister in the Barisan Nasional government of Prime Minister Najib Tun Razak, brought the issue into the glare of national attention when he issued a statement on Monday seeking to end 'continued and hurtful speculation' prompted by political bloggers concerning his relationship on a alleged affair with actress Zahida Rafik, on whom he was accused of lavishing RM1.5mil over a 4-month period.

Complicating the story, the fact is, it was Zahida herself who started the commotion when she lodged a police report against her driver for absconding with RM200,000. And the driver to clear himself, the driver then lodged his own report, revealing all details about his occupation, that he was hired by Shafie and told to monitor Zahida’s movements. Then the fireworks started bigtime.