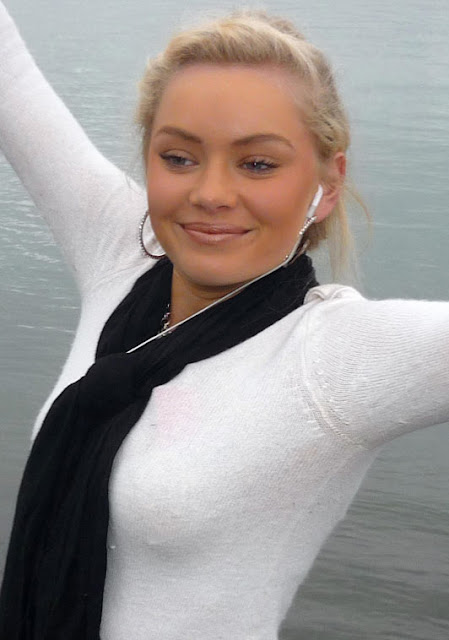 AN ASPIRING model who is said to have been murdered by her rich boyfriend had slept with one of his best friends just days earlier, a court heard today. Pretty Emily Longley, 17, had sex with Luke Ashford shortly before it is alleged she was strangled by wealthy jeweller’s son Elliot Turner in a jealous rage, a jury heard.

He is accused of strangling Emily, a student from Auckland, at his parents’ home before they helped him cover up the murder.

She was found dead in Turner’s bed at the house in Bournemouth, Dorset on May 7 last year.

Mr Ashford, 18, told the jury how on April 30 last year he had gone for a night out with Emily and other friends before staying the night at their friend, Oliver George’s house.

Mr Turner had been in conversation by text message with his close friend Ashford that night.

The court heard Turner texted Mr Ashford: “What the f**k. What’s been happening? You’re my best pal, tell me why the f**k my bird left with you?

“Did she say anything? Man I’m trusting you.”

Mr Ashford replied: “I’m trying to get to sleep.”

However, while being questioned by Turner’s defence barrister, Anthony Donne QC, it emerged Mr Ashford actually had sex with Emily that night.

Under cross examination by Mr Donne, Mr Ashford admitted they had both spent the night in Mr George’s spare bedroom.

Mr Donne asked the teenager if he had sexual intercourse with Emily that night.

Mr Donne then asked if the intercourse was unprotected.

Mr Ashford also told the court: “On the night of Emily’s death, Turner told me ’that b**ch is going down tonight’. He seemed annoyed.

“When we arrived at Cafe Shore later on Emily and Turner were not talking.

“After arguing for a while though she threw her drink over him and shouted that she did not want to be with him.

“She said ’I hate you, I never want to see you’ and called him a freak.

“She then left the bar and Elliot started punching the sides of the booth we were sitting in and was screaming.

“He said ’I will kill her. I will go to prison for it and still be a millionaire. I would do 10 years, it wouldn’t bother me’.”

Turner was arrested following her death on May 7 but then released on bail.

After the murder Turner is said to have written a letter of confession but it was ruined with bleach by his father, Leigh Turner, 54 to “destroy vital evidence.”

Jurors heard a police bug of the £350,000 Turner home in the affluent Queens Park area recorded the family talking about “fabricating evidence and being worried about lying to police.”

The court was told after the death, Turner’s mother, Anita, 51, removed from the house a coat her son had worn on the night aspiring model Emily’s death.

Police scans of computers seized from the home found Google searches for ’death by strangulation’ and ’how to get out of being charged for murder.’

Officers made a series of recordings at the Turners’ home between May 18 and June 14 last year.

They then arrested the three family members and charged them in July.

The court heard pathologists who examined Emily’s body found injuries consistent with asphyxiation, Turner had scratches on his arm and Emily had his DNA under her fingertips.

Emily was born in Britain but her family emigrated to New Zealand when she was nine and she was raised in Auckland.

She had returned to live with her grandparents in Bournemouth, to study for a business national diploma at Brockenhurst College, Hants, and worked part-time at Top Shop in Bournemouth.

She was also signed up to a modelling agency and had appeared on the front page of a magazine in New Zealand.

The trial continues. (thesun.co.uk)
Posted by sabahkini.net at 09:19