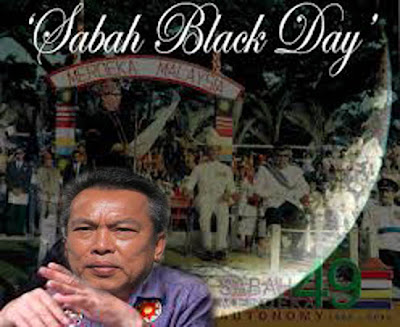 KOTA KINABALU:  State Reform Party (STAR) is adamant that Sabah is in a lot of mess and its development stunted because of federal interference.

Its Sabah Deputy Chairman, Daniel John Jambun said this to refute the claim by the Chief Minister Datuk Seri Musa Aman who said that Sabah is fully governed by the State Cabinet without any federal interference.

"The truth is the Federal Government is having its finger in every important piece of cake baked by the State Government," Daniel said. "In fact all the games of the politics of federalism are still being played to monitor and steer the direction of Sabah's political and socio-economic directions.

"Just look at how the choice of the BN candidates for this election; it was with made with the high-handed interference from Kuala Lumpur. It was done in such a domineering way that BN parties here had to defy the Prime Minister in the choice of many candidates."

Jambun also said that in fact Musa himself is a beneficiary of this federal interference because he said the appointment to his important position wouldn't happen without Putrajaya's approval.

"Musa wouldn't dare do anything he knows the Prime Minister wouldn't agree with," Daniel said. "After all the PM is his boss in Umno. So Musa's claim that the federal government doesn't interfere in state matters is clearly an election lie aimed at appeasing the people who are complaining that their state is being in too much control of Malaya.

"It's also a wellknown fact that the Presidents of the BN components other than Umno are complaining that their signatures to approve projects have no value without the endorsement of Umno, and approvals for bigger projects would need the agreement of the federal government."

Jambun then challenges Musa to explain why, if the state can do things without Kuala Lumur's approval, many things desperately needed by the people are not implemented as priorities by the state government.

"Musa is obviously dancing to the Kuala Lumpur's tune when he doesn't even insist on asserting Sabah's position as an equal partner in the federation, and not correcting the PM when the latter seriously erred by saying Sabah joined Malaysia and became independent on September 16, 1963.

"In 2012, the CM led a large scale festivity in Kota Kinabalu celebrating 55 years of Malaysia’s independence and but said nothing about the fact that Sabah had been independent for only 49 years then.

"There are administrative action or inactions in Sabah which indicate that the State Government's is in cahoots with big company's taking lands in Sabah . If Musa is serious about the wellbeing of Sabahans and the state's economy, he should have years ago admonished and pressured FELDA for not honouring its promise to develop 306,000 acres of Sabah land which it took from the state, for the sake of the natives.

"And shouldn’t the CM and the State government be taking the Federal government and Petronas to court to cancel the vesting of the oil resources ownership to Petronas that was signed by Najib’s father, Tun Abdul Razak on 27.03.1975?

"Musa once said would discuss with the federal government for a higher oil royalty for Sabah, but this had been forgotten, perhaps on purpose, due to the Sabah government's subservience to Kuala Lumpur."

Jambun who is contesting for the Sepanggar parliamentary constituency under STAR's ticket, added that it would be impossible for Musa to talk about Sabah's rights and autonomy because of this subservience, especially now that it is rumoured he will be replaced after this general election.

"There is no use for Musa to sell the false idea that he is free from Kuala Lumpur's control as the people know this is a lie," he said. "It is therefore high time for the people of Sabah to have a new government who can demand things from the federal government without fear for the sake of the long-suffering people of Sabah ."