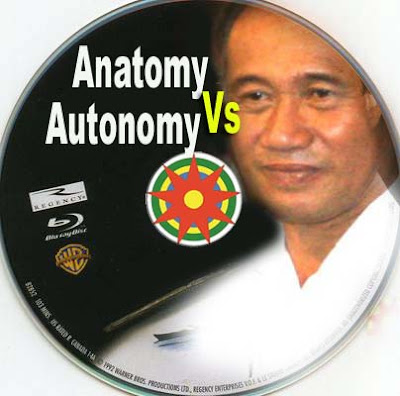 PUTATAN : The assurance by the Prime Minister that Sabah 's autonomy is a non-issue because its provision is still intact "under the 20-Points of the Malaysia Agreement" is unacceptable because it misses the whole point about Sabah 's autonomy, said State Reform Party (STAR).

STAR's state deputy chairman, Awang Ahmad Sah, who is contesting for the Putatan parliamentary constituency under the STAR's ticker, said in statement here that the Prime Minister seems to be as ignorant as PKR advisor Anwar Ibrahim on the matter of Sabah 's autonomy.

"While Anwar said state autonomy is up to the federal to give and not according to the state's demand, Najib on the other hand said it is still in tact," Awang Sah said. "I am flabbergasted that that Najib as the Prime Minister is again proven to be ignorant about our history. The day before that he said that we joined Malaysia and then became independent on September 16, 1963 . Now he is saying our autonomy is still intact in the 20 Points of the Malaysia Agreement.

"As a matter of fact, many of the promises in the 20 Points were never implemented, such as Borneonization and the rights of the state to collect its own revenues. Malayans still head 85% of federal departments and agencies in Sabah and this excludes other junior positions which are all filled by Malayans.

"What the PM and Anwar need to be reminded of is the fact that the autonomy for Sabah is not something for the federal government to decide, but something that was given as special conditions for Sabah's participation in the creation of the Malaysian federation.

As our chairman, Dr. Jeffrey, had said, all that  have to be done with this autonomy is compliance and implementation, not to try to change its definition and beat around the bush with lies and deliberate ignorance to hoodwink Sabahans.

"Although the 20 Points had promised that we can collect and spend our own revenues, in 2012 alone, the Federal government collected RM24 billion from Sabah excluding other collections by other federal departments such as the Immigration Department, JPJ, and so on. In addition, under Tenth Schedule, Part IV, Section 2(1) of the Federal Constitution, the Federal Government is supposed to give back 2/5 (40%) of the nett revenue collected from Sabah, but this has been denied to us. Isn't this a case of daylight robbery and denial of our autonomy?

"And what development is PM talking about?  He is contradicting his own BN Manifesto on development.   In the BN manifesto, BN pledges to build another 5,300 km of roads in Malaya but only 4,800km in Sabah and Sarawak comprising 2,300km in Sabah and 2,500km in Sarawak.

And PM acknowledges Kinabatangan is bigger than his Pahang state.  In fact, Sabah and Sarawak combined is more than 1.6 times the size of Malaya.

"What autonomy are we talking about if in 2012, Sabah contributed  RM17.88 billion in oil revenue to Petronas (in addition to the RM24 billion from state revenue)?

When approving a water treatment project in Keningau, why must the Federal Government consider it a project funded by a federal loan of RM235 million? If the PM mean what he says on development, shouldn't the RM235-million water project be fully funded by the federal government?

"On the security, the PM should blame his predecessors for our insecurity in Sabah for making the people here feel unsafe.  The insecurity is caused by the Project IC and unwarranted issuance of ICs to unqualified foreigners and until today, the PM has not taken any action on these dubious ICs and the culprits behind their issuance where the evidence is overwhelming.

The process of Project IC is still on-going under Najib’s watch as PM. The bottom line is therefore this: the insecurity in Sabah is caused by the BN government for failing to oversee the proper implementation of the security forces.

Because of this failure foreigners could easily come in and out of Sabah and Malaysia while the BN government is so obsessed with preventing the entry of politicians and activists like Tian Chua, Haris Ibrahim and the Australian parliamentarian."

Awang Sah insists that what the PM has said were mere rhetoric to fish for votes in the coming GE13. It is time for Sabahans to wake up from their 50-year slumber and vote and kick out the BN State and Federal governments and stop the continuous humiliation of Sabahans as the BN's 'fixed deposit.'
Posted by sabahkini.net at 17:17