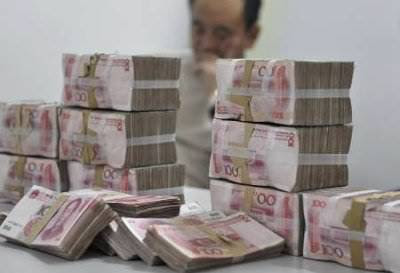 SHANGHAI : Beijing will promote the further development of the offshore yuan market in Hong Kong as part of a new package of policies for the territory ahead the fifteenth anniversary of its return to China, the official Xinhua agency said today.

Since Britain handed back the colony on July 1, 1997, the city’s economy has grown increasingly intertwined with that of mainland China, and Beijing has been eager to use the financial centre as a testbed for major reforms, such as its growing push to internationalise the yuan currency.

“On financial cooperation, the government will support the third-party to use Hong Kong as an venue to settle trade and investment in renmnibi (yuan) and further enrich the offshore renminbi products in Hong Kong,” the Xinhua report said, without giving further details.

The move to expand offshore use of yuan will further secure Hong Kong’s place as a major international financial centre, said Andy Ji, currency strategist at Commonwealth Bank of Australia in Singapore.

It also “will help boost renminbi demand in general as more instruments (for yuan-related investments) are made available,” he said.

London and other financial centres like Singapore are also vying for a share of the rapidly growing offshore yuan market.

Shen Minggao, China economist for Citigroup in Hong Kong, also said that the development would be good for offshore yuan liquidity in Hong Kong, which is showing signs of flagging after several years of explosive growth.

Though the yuan is still tightly controlled by Beijing, offshore yuan deposits at banks in Hong Kong had boomed in recent years as China slowly relaxed its grip on the currency, encouraging it to be used more often in settling international trade and for certain investments.

Such deposits have declined steadily this year, however, as China’s economic growth has slowed and as the yuan’s appreciation against the US dollar ground to a halt, sharply reducing its investment appeal.

Hong Kong’s own economic growth is expected to slow to 1-3 per cent this year from 5 per cent in 2011, according to government estimates, as volatile global financial markets, bleak economic prospects in Europe and weaker growth in China and the United States all weigh on the highly open economy.

Chinese investors can already buy overseas stocks and bonds by investing in funds available under the Qualified Domestic Institutional Investor (QDII) scheme, but cross-border ETFs are expected to be easier to trade because they will be listed directly on Chinese bourses.

In addition, Chinese investors hope the new ETFs will provide better returns than the current batch of QDII funds. CSRC vice-chairman Yao Gang was quoted in local media yesterday as saying that overall QDII fund performance to date had been “not ideal.”

However, no such funds have yet received formal approval, nor did the report mention whether the QDII quota will be increased.

China will also make it easier for Hong Kong’s long-term funds to invest in the mainland’s capital markets, the Xinhua report said.

Both programmes have seen their quotas increased and their allowable scope of investment widened this year.

Even so, analysts say their small size mutes their impact on stock indexes.

QFII regulations currently limits net foreign investment through the programme to US$80 billion (RM255.49 billion), but only US$25.19 billion had been allotted as of April 16, according to the country’s foreign exchange regulator. The total RQFII quota stands at 80 billion yuan (RM40.14 billion). (Reuters)