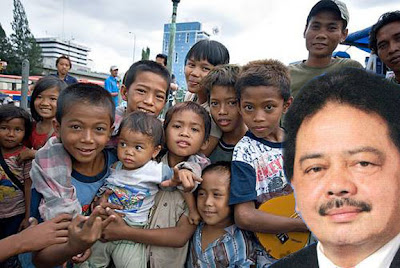 RANAU: The formation of the Royal Commission of Inquiry (RCI) on illegal immigrants and fake identification documents in Sabah announced by the Prime Minister recently is a huge gift in conjunction with the Tadau Kaamatan this year.

The RCI, he said, is very important especially to provide answers to why the population in Sabah suddenly increased in just a short time.

"But the Census in 2010 showed that the population in Sabah has increased drastically but the KDM community numbered only about 750,000 when the combination of other races reached two million," he said.

In this respect, he said the RCI would be useful in providing answers to the overwhelming number of illegal immigrants and also allegations concerning false documents.

"I hope that through the RCI, the issue of the sudden increase in Sabah's population and also false identification documents would be resolved," he said when officiating at the Tadau Kaamatan at Kg Sinarut, here.

Meanwhile, organising chairman, Jaibi Dualis, said the celebration of the Kaamatan in Sinarut is very significant because it was the first celebrated in the village after the last celebration 14 years ago.

Ewon also announced an allocation of RM30,000 to improve the water pipe system in the village.